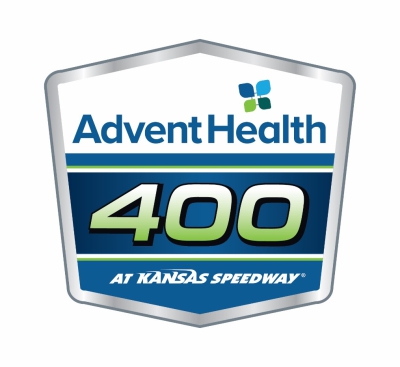 “I think it’s a great track for me,” Bell said in a question-and-answer session with reporters before NASCAR Cup Series qualifying. “I got my first Xfinity win here. Cup cars haven’t been great to me here, but I’ve ran really well.

“The top is going to be the place to be. I think everybody knows that. The thing is, as this track ages, it seems like the top gets more and more dominant, and it gets a little tough to pass. So keeping your track position, pit stops and qualifying effort is going to be really important.”

In the first round of qualifying, Bell ran higher on the track than any other driver in Group B and sped to a session-fast time of 30.079 seconds (179.527 mph). In the 10-driver final round, he ran .004 seconds faster, securing his third career pole—all earned this season—with a lap at 179.575 mph.

Tyler Reddick qualified second after observing Bell’s opening run and adjusting to a higher line. Reddick clocked in at 30.192 seconds (178.855 seconds) in the final round and felt he left a little bit of speed on the track.

Interestingly, the top three qualifiers on Saturday all come from dirt-track backgrounds, and they all will be fighting for position at the top of the track.

Lower-than-recommended tire pressures and aggressive camber combined to cause issues with left rear tires during both sessions of final NASCAR Cup Series practice on Saturday afternoon.

Ryan Blaney, Denny Hamlin and Chris Buescher all had flat left rears during the “A” group session at Kansas Speedway.

Blaney and Hamlin were able to keep their cars away from the wall. Buescher wasn’t as fortunate. His No. 17 Roush Fenway Keselowski Ford suffered extensive damage from a hard hit against the outside SAFER barrier at the 1.5-mile track.

“I lost the left rear going down the frontstretch,” said Buescher, whose team rolled out a backup car. “I guess, on corner entry, I started feeling a vibration, tried to slow down and didn’t get it knocked down in time.

Both Ricky Stenhouse Jr. and Joey Logano pounded the outside wall during the “B” group session. Stenhouse, who was running near the fence, backed into the outside wall. Logano spun and pancaked the driver’s side of his No. 22 Ford.

“As soon as I turned down off into the corner, I could feel the shaking, and I knew it was bad,” said Logano, who will start from the rear in a backup car on Sunday. “We’ll be all right. We’ll fight through it. I think we were pretty decent in lap times before that, I believe, on long hauls, at least.

“If we keep the tires on it, I guess we’ll be all right.”

Tyler Reddick hopes to find speed near the wall at Kansas

The consensus among NASCAR Cup Series drivers is that Kansas Speedway bears greatest similarity to Las Vegas when it comes to comparisons between 1.5-mile intermediate track.

Second-place qualifier Tyler Reddick, on the other hand, sees a kinship between Kansas and Homestead-Miami Speedway, and that suits him just fine. After all, Reddick won both his NASCAR Xfinity Series championships (2018 and 2019) by winning the season finale at Homestead.

And, like Homestead, Kansas affords Reddick the opportunity to run the line he prefers—up against the wall.

“In a lot of ways, with how much grip that this place has throughout the run and the lack of fall-off, you need to be comfortable running the wall like you do at Homestead,” Reddick said before Saturday’s practice for the AdventHealth 400. “I feel like you don’t have to be quite as close to the wall to still get some of the aero effects and be running a good lap and a good time.

“It is a lot like Vegas in some ways, too. The temperatures (at Kansas) are going to kind of warmer than we had at Vegas. Who knows what happens Sunday, weather-wise and everything like that? As it cools off, maybe more lanes open up, and the bottom catches up and the middle catches up.”

But Reddick will be content if the top lane continues to be the dominant one on Sunday.