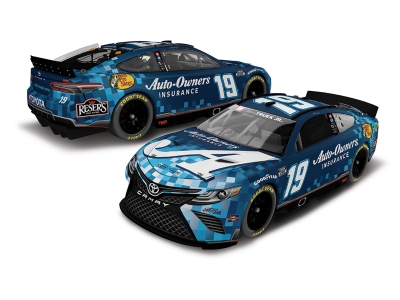 What do you expect racing Bristol on dirt for a second time?

“There’s going to be a lot of differences, I think. They put progressive banking in to try to help the high side work and get more side-by-side racing. We’re obviously racing at night, so it’s probably going to be pretty cool and hopefully we’ll be able to keep some more grip in the track. Hopefully it doesn’t get so dried out and dusty like it did last year. And then we’ve got the new car, so we’ll have that change as well. It was a ton of fun last year. I’m really looking forward to trying it again.”