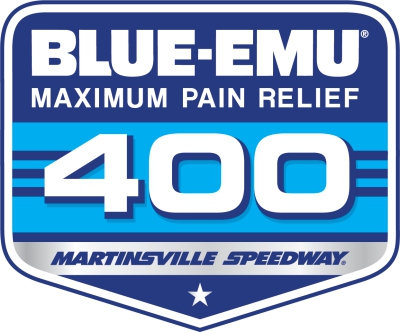 “It honestly surprised me that it was that fast,” said Elliott, who won the 10th pole of his career, his first at Martinsville and his first since the fourth race of 2020 at Phoenix. “I didn’t expect it to be in the 60s. I thought I had a good lap but not a great lap… Nice to grab a pole—it’s been a while.

“It’s always good to have a good starting spot. Obviously, Lap 400 (on Saturday) is what pays. The bigger thing, I think, than the starting spot itself is the pit selection. Having that first pit stall is a really big deal and can lend you a lot of opportunity to gain spots on pit road. Hopefully, we can get this thing dialed in to be driving like we want the second half of the race and be around and have a shot at it.”

Christopher Bell, Kyle Larson, Brad Keselowski and Todd Gilliland will start seventh through 10th, respectively. Larson was the only driver to run one lap versus two in the first round, a strategy that had worked for pole winner Ryan Blaney last weekend at Richmond.

But Larson locked up his tires in Turn 3 to ruin his money lap and had to settle for eighth fastest.

Kyle Busch was second fastest in practice but missed the top 10 by .001 seconds and will start 11th on Saturday in the first night race at Martinsville. Denny Hamlin, a five-time winner at the track, will start 25th after a disappointing run in the first round.

Can the new brake package change the racing dynamic at Martinsville?

Brakes have always been an issue at Martinsville Speedway, but the larger and more durable brake package on NASCAR’s new Next Gen Cup Series race car has the potential to change the dynamic of Saturday night’s race.

But will that make a difference as to which drivers excel and Martinsville and which drivers can’t figure out the tricky rhythm track?

“I think you’ll have that at all these tracks. You’ll have guys that always know what to do around those places and are still going to be good, but then this new car might suit other drivers who maybe haven’t been as good at these certain tracks, and they’re going to run well. So we’ll have a mixed bag, I think.”

Richard Petty reveals methods that made him great at Martinsville

In the history of Martinsville Speedway, no driver had better results at the iconic short track than seven-time NASCAR Cup Series champion Richard Petty.

The “King” won a record 15 races at the .526-mile venue. He took to the venue from his earliest days in NASCAR’s premier division, winning the second of his record 200 races—and his first on asphalt—at Martinsville.

Both Petty and NASCAR Hall of Fame crew chief Dale Inman quickly developed a knack for racing at the Southern Virginia facility.

“It was just a Richard Petty track, I guess,” Petty told the NASCAR Wire Service. “It fit my style of driving, and it fit Dale’s style of setting the car up. It was just a good combination.

“You go to other tracks, and you run good, but you only win two or three races. Fate was just a little better for us up there.”

Fate wasn’t the only determining factor. Unlike most other competitors, Petty was a right-foot braker and was never on the gas and brakes at the same time. That helped him develop the rhythm necessary for success at Martinsville.

“I could use my brakes different from what other people did,” Petty said. “Sunday morning of the race, we’d put on a brand new set.”

Petty estimated that the superiority of his brake package helped him notch at least half his Martinsville wins.