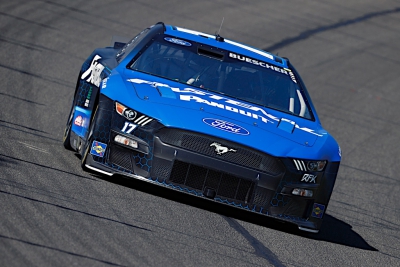 QUOTE WORTHY
Buescher on racing at Richmond:
“It’s no secret that Richmond is one of those places I’ve struggled to figure out in the past. But, having said that, we found something that worked out in Phoenix, so we’re hopeful that type of run will carry over to this weekend. It has been up and down for us thus far, but the goal is to obviously keep it on the upswing. We’re excited to be back in the Violet Defense colors this weekend, and can’t wait to see two matching Ford Mustangs ripping around the track.”

Violet Defense makes its first appearance with the No. 17 team this season, the first of two scheduled races with the Indianapolis Road Course race being the second. Both Buescher and teammate Brad Keselowski will run matching schemes throughout the weekend, with the number as the only difference on the purple machine.