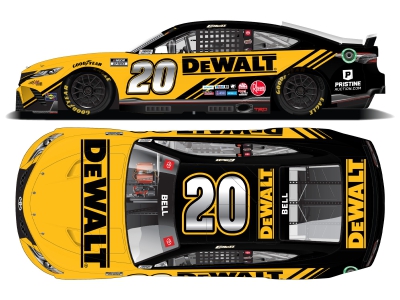 Christopher Bell: “COTA is an awesome venue. Qualifying last year was the only time we touched the track when it was dry and there were high speed sections, low speed sections a little bit of everything. I was fortunate enough to test there in January last year in a Trans Am car and fell in love with the facility and racetrack. I think these Next Gen cars are going to do really well on the road course. There are a lot of high-speed straightaways into slow corners which is always a passing zone and a couple rhythm sections. It’s going to be interesting because we don’t have any race experience there in the dry but I think you are going to be able to pass if you are faster than the car in front of you.”