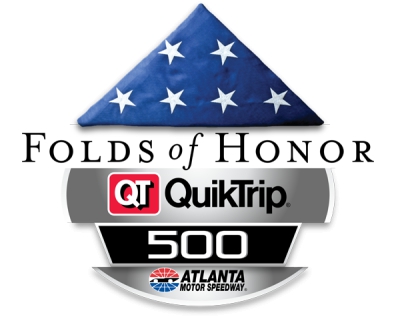 Do you expect to be a little more worn out tomorrow?

“Daytona and Talladega are two of the easiest tracks that we go to physically just because it’s really big, everything happens slow – it’s pretty low key until the end of the race, where that practice session was 40 minutes of pure chaos. Definitely agree with him. I found myself holding my breath several times.”

Were you able to be wide open the whole time?

“Yeah, it’s a full-blown speedway race for sure. The cars that I was around it sure seemed like everybody was the same. Not grip limited for sure.”

Can you handle 200 minutes of pure chaos tomorrow?

“Honestly, I’ll be surprised if we make it that long in the pack. I don’t know. Yes, everyone else is, so I’m going to have to, but it’s going to be unlike anything we have ever seen. I can promise you that.”

Could you give us your background on Buddy Kofoid?

“I’m excited about that. Buddy (Kofoid) is a really deserving driver, so I’m really excited about his opportunity to break into NASCAR. I’m expecting big things from him. Bristol dirt is a unique race and a unique track, and I think he will shine.”

How do you anticipate pit stops will be this weekend?

“That was one thing I was focused on in that practice session was getting a run to pit road and it is going to be insane. I tried to do it pretty much all practice and I never felt comfortable doing it because I was always in the pack with guys around me. One thing that’s different about Daytona and Talladega is your braking on the straightaway, so you can pull off the racetrack and brake, where here you are not going to be able to pull off the racetrack and brake. You are going to have to brake on the racetrack going into a very narrow turn three and four. You are going to be doing good if you go three-wide and the inside lane is going to be braking and the first green flag pit stop is going to be one to watch, that’s for sure.”

In trying to avoid the chaos, do you do the same things you do in Daytona and Talladega?

“Well, my superspeedway record hasn’t been the greatest. I need to start asking other guys that question. I didn’t survive the 500 this year, and I want to survive this one – I need to survive this one. We’ve been off to a rocky start with the DeWalt group. Getting to the end is going to be the most important thing, first and foremost, and I could see it being difficult for sure tomorrow.”

Has it been difficult to stay positive with the start of the season?

“Honestly, it has been easy to stay positive up to this point just because there’s been so many high points. Going from California, I felt like we had a strong showing, or not a strong showing, but we had strong potential and my team agreed with that. Vegas, we had a strong showing, but didn’t get the finish we wanted. There has been a lot of high points, but the points position we are in now and finishing results haven’t shown that. It’s been easy to stay positive, but it’s definitely time to start getting some finishing results out of it.”

What are the runs like in the pack? Is racing in the pack the same or different than Daytona and Talladega?

“One thing that was extremely different from this 40-minute practice session to all of Daytona – and that’s really the only thing we can compare it to with this car. At Daytona, it was very, very easy to lose the draft for some reason. It seemed like the training guy would get left behind, where here – and the runs at Daytona didn’t feel really big – like the draft runs felt like some of the slowest runs I’ve felt from the Trucks, Xfinity to the Cup car. Today they were huge for whatever reason. The suck up was really big. You had tremendous speed difference from getting a draft run to not having a draft run. It was really easy to catch the pack. You didn’t get left behind if you were the last car, so I don’t know why the cars in the drafting reacted so much different here than it did at Daytona, but it was a big difference for sure.”

“The guys that like speedway racing are going to enjoy what we have and the guys that dislike it are going to really dislike it. It’s intense. That 40-minute practice session was super intense. I don’t think anybody expected the draft runs to be that big, and the pack to be that tight. It was full blown chaos and we’ve got 500 miles of it tomorrow.”

“It did feel most similar to that. I feel like the racetrack width is just kind of a hinderance to what you can do getting that top cleaned up and burned in to have a third lane. That would be ideal. Other than that, I would say – its superspeedway type race. Runs happen quicker and bigger. I don’t know if it’s because everything is tighter or what, but it seems like you get runs happening and it’s a big difference from what I remember in Daytona.”

How is racing with Brexton going?

“It’s going really good. He’s in Illinois, yesterday and today, racing his Junior Sprint stuff again. Ran great last night. Watching him – the things he was doing at his first time at that track gave me chills. I was pretty excited about what he was doing and how he was running, so it was really good. He started fifth in his heat and passed everybody and won his heat, which gave him the pole for the main and he just drove away, and lap traffic didn’t faze him. The kid that finished second to him last night ran second at the Tulsa Shootout in Junior Sprints, and he couldn’t even keep up.”

Do you like the racing, and do you think more drivers will like or dislike what Atlanta has become?

“It’s different. Would you have seen something similar to this with the old configuration and a wider racetrack? Probably – if we ran restrictor plate style stuff, we probably would have still had that with lesser banking and a wide racetrack. The narrower racetrack lends itself to some hairy moves and things like that. Turning off into turn three when you are running the bottom and you start to load up into the corner and your front end gets tight and you wash up the track and somebody in the middle is holding you down, holding you tight, you make contact and start a crash – I feel like that’s where we are going to see a wreck and you might also see some going down the frontstretch. It’s kind of rough down there – it’s really bumpy. Cars bounce a little bit – they don’t always go straight, they move, so guys holding guys tight is going to be where we start to see some issues. As far as if everybody is going to like it, I guess we will see how many cars finish.”

How bumpy is the track and how are the transitions?

“The transition off of (turn) two is fine in the bottom lane, but lane two and lane three closest to the wall are horrible, like really bad.”

“Hell, if I know. I didn’t pave the place. Turn four is also super, super rough when you are running high – half a lane off the wall is really rough, really jarring – through the middle of turn four, not off of four. That’s okay. Guys really want to know what the track looks like – look up Tony Stewart’s quotes from when they repaved the track in Las Vegas. I’ll let you go there.”

How do you handle going into this race as a veteran with side drafting and how close other drivers are going to race you?

“It’s going to continue to amp up and get more and more tight. When you come to stages and there are points on the line – especially when you come to the end of the race and there is a win on the line – you need to take care of one another. There is no reason why we should crash, but we are going to. I just hope it’s not too hard.”

Is there any difference here versus the setup from Daytona or Talladega?

“The brakes on these cars are better than the old superspeedway cars. They had lightweight brakes and they would never really stop all that well – some better than others. Everybody has the same brakes. They are well oversized for this type of application, so you use the brakes, and you will slow down. You do have that ability. I think it was (Ricky) Stenhouse that got crashed on the frontstretch in Daytona. I slowed down and was able to miss it, with the old car, I don’t think you would have been able to do that.”

Do you expect tomorrow to be more intense than we are used to?

“I think it will be – just the tighter confines, being a mile-and-a-half. 325 laps around here is a lot. I think we run 188 at Talladega and 200 at Daytona, so 125 more laps going through the same thing and being packed up – being in tight conditions, you will be, probably more mentally than physically. You are going to be tired after this one.”