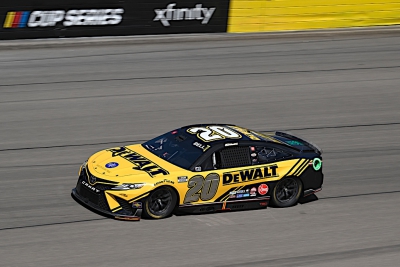 Christopher Bell: “We are heading to Atlanta blind with the new car and new track surface, none of our notes will apply. It is an intermediate track that is going to race like a superspeedway. We are going to go there and put our Daytona and Talladega hat on and see if we can make it to the end. The Toyota group has some notes from the test to look at so we’ll be using that a lot. The first practice will be interesting to see the grip level of the racetrack, especially with all three series there throughout the weekend.”