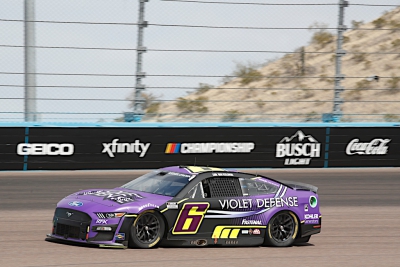 The Michigan native started the afternoon from the 15th position following Saturday’s qualifying session. With a competition caution slated for lap 25, the stages were broken up with a 65-lap opening segment, followed by stages of 125 and 127 laps.

Keselowski rounded out the first stage in 31st after short pitting it just prior, and began the second segment from 25th. He went on to go a lap down to the leaders, and despite being the recipient of the lucky dog halfway through the second stage, he later lost laps again and would ultimately finish 23rd.

The No. 6 team returns to action at the revamped Atlanta Motor Speedway next weekend, where Sunday’s race is set for 3 p.m. ET on FOX, PRN and SiriusXM NASCAR Radio.