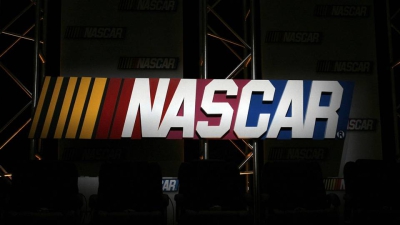 “With more than 25 years of NASCAR experience across a variety of disciplines, Steve O’Donnell has earned the respect of the entire industry, and his collaborative leadership in the competition space has positioned the sport for incredible growth for years to come,” said Steve Phelps, NASCAR president. “In a short time, Ben Kennedy has proven to be an innovative, thoughtful leader with bold ideas and a tireless work ethic. He returns to his competition roots with this new role, one in which he will no doubt excel.”

As COO, O’Donnell will continue to provide oversight of all NASCAR Competition and Racing Operations, while adding Track Operations and Strategic Development to his purview. With these added duties, all NASCAR-owned track properties, track presidents and respective events fall under O’Donnell’s responsibilities.

As Chief Racing Development Officer since 2014, O’Donnell guided vital innovative advancements, including the introduction of the development of the Next Gen car, the implementation of the new Playoff format for all three of NASCAR’s national series and the enhanced race format system that was implemented in 2017.

O’Donnell has worked in various areas in the company since joining NASCAR in 1996 as a marketing services representative. After being promoted to manage that group – including work on NASCAR’s 50th Anniversary project – he was elevated to Director of Series Marketing. From there, he moved to Competition as Managing Director of Events and Operations to head the All-American Series and Touring Series before being promoted to Vice President of Racing Operations in charge of the national series. In 2008, he was named to Sports Business Journal’s prestigious “Forty Under 40” list.

“NASCAR is in a prime position for growth, and I look forward to helping our talented team continue the work necessary to build our sport,” O’Donnell said. “I am deeply passionate about NASCAR, its fans and those who work in our industry. Together, we will continue the unprecedented collaboration to ensure our sport’s success.”

In returning to NASCAR’s Competition team, Kennedy will maintain oversight of the national series schedule development, while assuming immediate oversight of Racing Operations, Track Services/Transportation/Officiating, Industry Relations and the NASCAR Touring & Weekly Series. He will work with O’Donnell in managing the areas of at-track competition and racing innovation.

Kennedy, a former race car driver who competed at the ARCA Menards Series, NASCAR Camping World Truck Series and NASCAR Xfinity Series levels, has held a variety of positions within NASCAR since leaving the driver’s seat following the 2017 season. Kennedy began his corporate career as General Manager of the NASCAR Camping World Truck Series before a promotion to Managing Director, Racing Operations and International Development.

Most recently, Kennedy held the position of Senior Vice President, Strategy & Innovation, where he helped guide overall company strategy, including developing the most dynamic NASCAR Cup Series schedule in 50 years in 2021 and innovating the Busch Light Clash by building a quarter-mile oval inside the iconic Los Angeles Memorial Coliseum in February of 2022.

“I am excited to return to the Competition team and continue to learn from some of the most innovative leaders across our sport,” Kennedy said. “The racing this season with the Next Gen car is some of the best we’ve ever seen. It is truly an exciting time in NASCAR, and I look forward to helping this talented team grow our sport.”

Both O’Donnell and Kennedy will assume their new roles effective immediately.