Keselowski Runs Strong in Top-10, Caught Up in Late Accident to Finish 27th 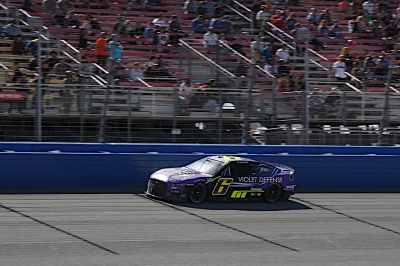 Brad Keselowski spent a good portion of Sunday’s NASCAR Cup Series race at Fontana inside the top-10 and was poised for a late comeback, but contact with less than 50 laps to go set him back and off the lead lap, something he was not able to overcome, to finish 27th.

The weekend for Keselowski got off to a great start in Saturday’s practice and qualifying, as the Michigan native put his No. 6 Ford second in the first group of qualifying. He ultimately was ninth-fastest overall after advancing to the final round, but a spun and resulting repairs put him at the rear of the field to start Sunday’s race.

Despite the mishap, the 2012 Cup Champion began his fight back, charging his way back inside the top-10 some 30 laps later. He was moving through the back half of the top-10 with just over 40 to go when contact with the No. 23 sent him spinning, ultimately causing flat tires that put him on the wrecker, limping his machine back to pit road. Because of the lengthy trip back to the pits, Keselowski lost three laps to the leaders.

Despite a pair of late-race cautions, Keselowski was able to gain only one lap back and finished 27th.

The West Coast swing heads next to Las Vegas, where the Cup Series visits Las Vegas Motor Speedway for a 400-mile event Sunday afternoon. The race is set for 3:30 p.m. ET on FOX, PRN and SiriusXM.