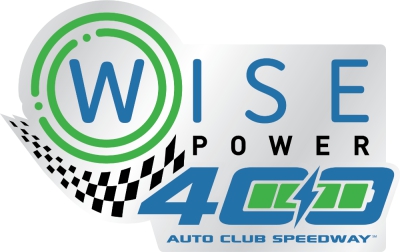 THE MODERATOR: We're going to get started here with our post-race press conference. We've now been joined by Jeff Andrews, who's the general manager of Hendrick Motorsports, and he's here to answer any questions you guys have with today's win.

Thank you so much for joining us. Congratulations on another Hendrick Motorsports victory. Kyle is back in Victory Lane, obviously checking that box to get into the NASCAR playoffs later this season. Tell us a little bit about today's race and what it means for Kyle and Cliff to be back in Victory Lane so early in the season.

JEFF ANDREWS: Yeah, certainly to come here the second race of the year and all the -- everything new going on with the vehicle and just everything that the teams have been working on, you know, all winter long, very proud of everyone back in North Carolina that's doing such an amazing job putting these race cars together for us and everything that we've been through in the off-season with the transition.

Certainly coming out here this early on and having a successful day like we did with multiple cars I think is as important as the win. But we're very proud of the way it played out for us there at the end and certainly had, like I said, multiple cars there all day long, and it kind of came and went.

I think Cliff would probably tell you it took he and the guys probably a little bit to get there. Probably not as good in the middle of the race as say the 9 and Alan and Chase were, but made good gains on it during the day and got to a good spot there at the end and was able to capitalize on that last restart.

Q. How do you handle the whole Chase-Kyle situation? Obviously Chase wasn't happy with that incident.

JEFF ANDREWS: Well, the first thing we'll do is I talked to Chase after the race, and I think we've got to understand what those guys have been through all day long and where they had come back to, and obviously to be in contention there for the win late in the race is just a true testament to the great job that Alan and that entire team did to get that car back and have it competitive.

I think certainly nothing intentional there by Kyle, and I think we'll go back -- I know we'll go back and talk about it in our meetings tomorrow and Tuesday, and we'll look at all the facts and we'll look at what happened and we'll talk about it as a company, and at the end of the day we're going to -- as we always do, we'll do the right things for the company and get ready to go to Las Vegas in a good spot for really everybody.

Q. Chase said that (indiscernible) second time. You could look at it and say did he spin on purpose to bring out the caution.

JEFF ANDREWS: Yeah, I don't believe he was taking out any frustration. He came on there pretty quickly after the contact with the wall, and it was a very similar issue that had happened to them early in the day with the bent toe link, and that puts a bunch of toe out in that right rear tire and rear assembly and that makes it very difficult to drive.

They were trying to stay out and finish as well as they could and had the issue late in the race there, had to come in and put a toe link on it.

Q. When you have a meeting like that, will those guys talk directly? Do you have to pull those guys aside and say, let's get a small group thing or is it just with everybody there? How does that work to start mending those fences?

JEFF ANDREWS: Well, first that'll need to start from our perspective between Kyle and Chase, and hopefully they can get to a good spot and kind of step back and look at the data and really watch what happened there, and then of course as a group Jeff Gordon, Chad and myself and Mr. Hendrick, of course we want to speak to them because we want to go to Las Vegas in a good spot, and certainly very proud of both of those teams. They both had great race cars. That's the great news, right. This other stuff that happens on the racetrack, we can get all that to a good spot between those two teams, and give Cliff credit for standing down there talking to him a while ago, and he said after what happened, their mission is going to be to do everything they can to help Chase and that 9 team as well as our other teams get a win and get on to the playoffs.

JEFF ANDREWS: I think as we've talked about everything that -- there's a lot new. There's a lot going on, obviously, and really these race teams, we just need time and laps on these cars. We need to learn them. We need to understand little nuances of them, and days like Saturday, those are tough days to come here and have a quick 20-minute practice with a brand new race car really in this kind of environment and on this track, which has always been a tough track, regardless of the car to get around.

The race car is great. It's a really, really nice piece of equipment. I commend NASCAR. They've done a great job on it. Now it's in the team's hands, and we'll continue to work with them to work through whatever issues either we have with the vehicle or things that go on during the race and flat tires and all that.

That's one thing about this industry, when we get together and decide we're going to do something and decide we're going to work on something together, some really great things happen. So there's a great relationship there between the race teams and NASCAR, and no doubt we're going to learn quickly here in the next three to five weeks, I feel certain by the time we get done at Phoenix that there will be some further revisions on things and rules and parts and pieces, but one thing is for sure, I think you saw a great product on track today from a racing standpoint.

There was a lot of position changes for the lead, a lot of close side-by-side racing, and that's a product of the car really being so close technically to each other across all the teams.