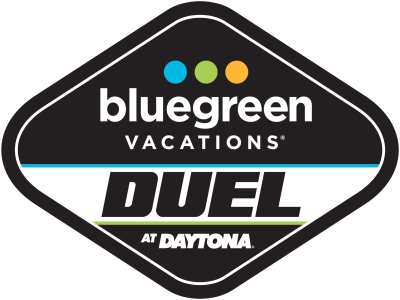 THE MODERATOR: Joining us now is the driver of the No. 50 Pit Viper Sunglasses Chevrolet for TMT Racing, and that is Kaz Grala, raced his way into the Daytona 500 on Sunday. How does that feel?

KAZ GRALA: It's a relief, I can tell you that. I thought for a while there that we weren't going to make it and squeaked by just on the last lap. I made a mistake early, sped on pit road, shouldn't have had that happen. Barely came back.

We were running some fast lap times in that line towards the end, and I knew we were going to be close. I thought we might have a chance at catching him and the timing was just right. Right on the last lap we got to him, got by him and that's what we needed to do to make the 500.

This is huge for The Money Team Racing, huge for Floyd, for Pit Viper. This mattered a lot to us. There really was no option but to make this race. We squeaked in by the skin of our teeth, got the hiccups out of the way and hopefully have a smooth Sunday.

KAZ GRALA: It went from puke to puke, puking nervous to puking excited at the end.

I was worried as we rode by him on that last lap, I didn't know if he was going to try something, try to block, shoot down in front of us. There wasn't a hole for him, but I was worried about whatever he might try because you've got to try. That's all we did.

Yeah, huge relief. I was still asking on the radio even after the checkered, I'm like, are we in? Are we sure? Was that definitely the last lap? Are we definitely squared ahead? And luckily we were.

Really thrilled right now. Disappointed in the mistake I made, but at least got that out of the way, figured out my dash. That was my first time working with this dashboard tonight, so not going to have any issues with that going forward. Really excited for the team no matter what way we got in.

But hey, I was going into the night saying we're going to make it. I'd at least want to do it in exciting fashion, so it was more exciting than I wanted but it was exciting.

KAZ GRALA: I mean, this was definitely way more hectic going into the weekend because we truly started from scratch. We actually didn't get any hardware from Starcom Racing, so this was truly all brand new fresh Next Gen stuff, and we had about a 30-day period to try to put the car together.

It was hectic going into it. Kaulig Racing last year had everything buttoned up. They were an existing team; it was a lot easier, so pretty much turnkey, came here and raced. But as far as the Duel, I would say it was more hectic this year, at least from a stress perspective for me.

Both years I have been in the Duel and I've been in, and then I've had something catastrophic go wrong and known that I'm out and I'm definitely going to be out and then miraculously exactly what needed to happen happened both years for me to get in.

Apparently I'm lucky in the Duels, but I would have rather saved my luck for Sunday. Hopefully I'll still have some left in the tank.

KAZ GRALA: Well, it was really about 12 laps to go that I thought we had a realistic chance of it. When we first blended off after that penalty, we were pretty much by ourselves. We picked up the 41, but just the two of us weren't going to be able to do anything as far as catching the 55. I got ingratiated into that line there; Kurt Busch picked me up from behind.

That was key for me. I needed a pusher. We really couldn't hang on to a line of good cars as the last car tonight, so we're going to probably tweak on it for Sunday and see if we can dial a little speed into it. But that pusher was key, and Kurt got us there.

I was looking at the lap times on my dash - apparently I knew how to use my dash at that point - and we were running fast. I knew what we were running by ourselves and figured that that was what the 55 close to it was running, and I'm like, man, we're really going to be gaining on him, but I didn't know what the gap was exactly.

So it really wasn't until about three, four laps to go when I could see them and I was like, this could happen. Really right down to that last lap there was no relief because like I said, I didn't know what Yeley was going to try. If he had an opportunity to try to jump into that line, things could have gone sideways really quickly.

The key was our line staying formed up and being able to roll by him on the bottom, not giving him a chance to hop down in front of anybody. That was really a defining moment there, and then we just had to cruise to the checkered. Definitely took years off my life. Will Auchmoody, our team general manager, I'm sure took decades off of his life because he's even more emotional and nerved up than I could ever be.

Yeah, it was way too eventful, but I'm just glad we're here. It's going to be really, really exciting come Sunday to be standing down there for the National Anthem.

KAZ GRALA: He kept me calm. I was asking him about the gap. I was having him tell me every lap when the 55 hit the start-finish line, and I was trying to judge how much we were gaining per lap because if I didn't keep my mind busy thinking about doing the math then I was just going to drive myself crazy.

I never gave up, and I knew that it was possible. If it was a lap later it would have all been for nothing. It was just exactly what it needed to be, no more.

But he definitely kept me calm. I've got a new spotter up on top. His name is Joe White, and I haven't worked with him before, but he did an excellent job in the Duel, did everything I needed him to do. It would have been easy to get worked up in anybody's position on our team after speeding on pit road, and he stayed dialed in, even keeled and definitely helped me keep my head in it.

KAZ GRALA: Yeah, absolutely. This is why we did what we did was to race in the Daytona 500. We didn't come into this week ready to accept any other fate.

It's big for us being a new team to be able to do this. It's huge financially. It's huge exposure, the marketing. We want to run a part-time schedule this year. We want to try to run some of the road courses, maybe some of the closer, less-traveled races. To have a good showing like this and to hopefully have a good showing on Sunday will go a long way towards helping build this program into what they aspire to be, a full-time opportunity, and I'd love to stick with them for that.

KAZ GRALA: Yeah, maybe superspeedway races. I'd say less likely. It's too much of a risk to the car, and these Next Gen cars are so expensive that as a small team we'd probably have to try to protect our equipment. But obviously this race, it's the Daytona 500. It's the biggest race. It's the highest paying race. We've got to be here.

I would expect probably picking tracks that either particular sponsors want for our schedule or tracks that we feel we have the best shot at. I feel like road courses are very possibly our best chance simply because there's fewer of them; we'll be less behind the 8-ball with the other teams that are running full time. For us to go to a mile-and-a-half race, we'll probably be many races behind in data of the other teams.

We've got our eye on trying to do the road courses. I love COTA. I'd love to do COTA. That's one we've got circled that we're hoping to do, and I know we picked up some sponsorship for that race already and we're looking to close that out, get the car full and be out there, keep building this program.

KAZ GRALA: I don't have official confirmation on it, but that is the word on the street is that he will likely be here on Sunday. He was with us on the grid via FaceTime before the Duel. He was so pumped up about it. He was ready, jacked up and really confident in us. That was a cool pep talk to get, not one that I've ever gotten before. Definitely a cool moment for us and having that validation that he's excited about this program, and I can promise you coming out here to a sold-out crowd on Sunday, I don't think anybody could be on this property and not feel that energy and be excited.

He's really going to get obsessed with this just like we all are.