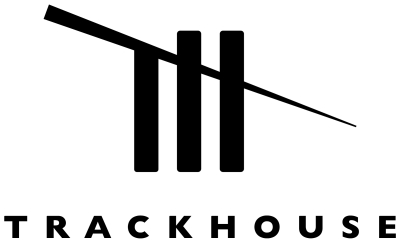 Tootsie’s World-Famous Orchid Lounge, the legendary and historic honky-tonk in the heart of Music City’s Lower Broadway entertainment district, will serve as the primary sponsor on Trackhouse Racing’s No. 99 Chevrolet Camaro with driver Daniel Suárez for multiple races in the 2022 NASCAR Cup Series season.

The Tootsie’s purple paint scheme will debut on Suárez’s No. 99 Chevrolet in the 2022 Daytona 500 on Feb. 20. It will also appear on his car in both races at Bristol (Tenn.) Motor Speedway and both races at Talladega (Ala.) Superspeedway plus Nashville Superspeedway in June.

The announcements came Wednesday as the NASCAR industry celebrated Champion’s Week in Nashville. Tootsie’s employees and customers joined Suárez in unveiling the No. 99 Tootsie’s Chevrolet in front of the honky-tonk.

“A Tootsie’s car on the streets of Nashville and in the Daytona 500. There’s nothing better than that,” said Justin Marks, whose Trackhouse Entertainment Group is headquartered in Franklin, Tenn., 20 minutes from Lower Broadway.

“We are also grateful the Nashville Convention and Visitor’s Bureau and Opry Entertainment are joining with us in 2022. We are certainly going to be team Nashville.”Trackhouse Entertainment Group is a burgeoning sports and entertainment enterprise with plans to marry the cultures of music and motorsports. It owns Trackhouse Racing, a two-car Cup Series team headquarters in Concord, North Carolina that fields race cars for Suárez and Ross Chastain.

Tootsie’s joined Trackhouse and Suárez on June 20 for the inaugural, 300-lap race in front of a sold-out crowd at Nashville Superspeedway where Suárez scored a seventh-place finish.

“We have enjoyed our relationship with Tootsie’s since they joined us this summer and both sides wanted to expand the program in 2022,” Marks said. “They saw the power of NASCAR and we saw the fan reaction to Tootsie’s on our race car.”

Tootsie’s Owner Steve Smith commented that the announcement is a dream-come-true for him and that promoting Nashville tourism alongside his establishments was of paramount importance.

“I have been a stock car racing fan all of my life,” said Steve Smith, owner of several Nashville hospitality venues. “I recently visited with NASCAR executives and members of the France family about Nashville’s role in the NASCAR landscape, and I believe that this City will be prominently and positively promoted by NASCAR for many years to come.”

Tootsie’s has operated across the alley from Opry Entertainment’s Ryman Auditorium, the celebrated Nashville performance venue and most famous former home of the Grand Ole Opry, almost continuously since 1960. Its proprietor from 1960 to 1978, Hattie Louise “Tootsie” Bess, bought the lounge called “Mom’s” and named it for herself. With its proximity to the Ryman, Tootsie’s quickly became a favorite spot for the Opry’s rising stars to gather during the years when the Opry called the Ryman home.

“As owners of some of Nashville’s most iconic tourism landmarks, we are pleased to join forces with the Nashville Convention and Visitors Corp, Tootsie's, and Trackhouse Racing to promote Nashville to NASCAR’s passionate fan base,” said Opry Entertainment Group President Scott Bailey. “We’re particularly excited to support the team during this year’s race in Las Vegas where our newest Ole Red location will open in 2023.”

A music connection is not new to the Trackhouse racing team. In January, Marks announced GRAMMY Award-winning global superstar Armando Christian Perez (Pitbull) as a team partner. Perez attended several Cup races in 2021 including a visit to Nashville Speedway in June.

Suárez, 29, of Monterrey, Mexico native notably stands out as the only foreign-born national series champion in NASCAR history with his 2016 Xfinity Series title.

“In June, we had so much fun with Tootsie’s in Nashville, so I am looking forward to having Tootsie’s around a lot more in 2022,” said Suárez. “Nashville is such a fun city and it will be an honor to spread the word across the country.”

The Nashville Convention & Visitors Corp brands, sells, and markets Nashville as Music City to the world as a premier entertainment destination for travelers who seek authentic and unique leisure and convention experiences.