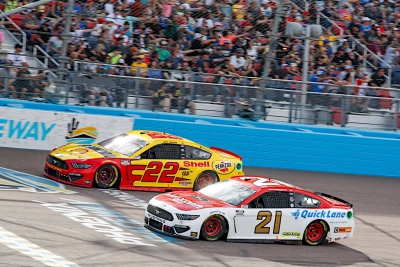 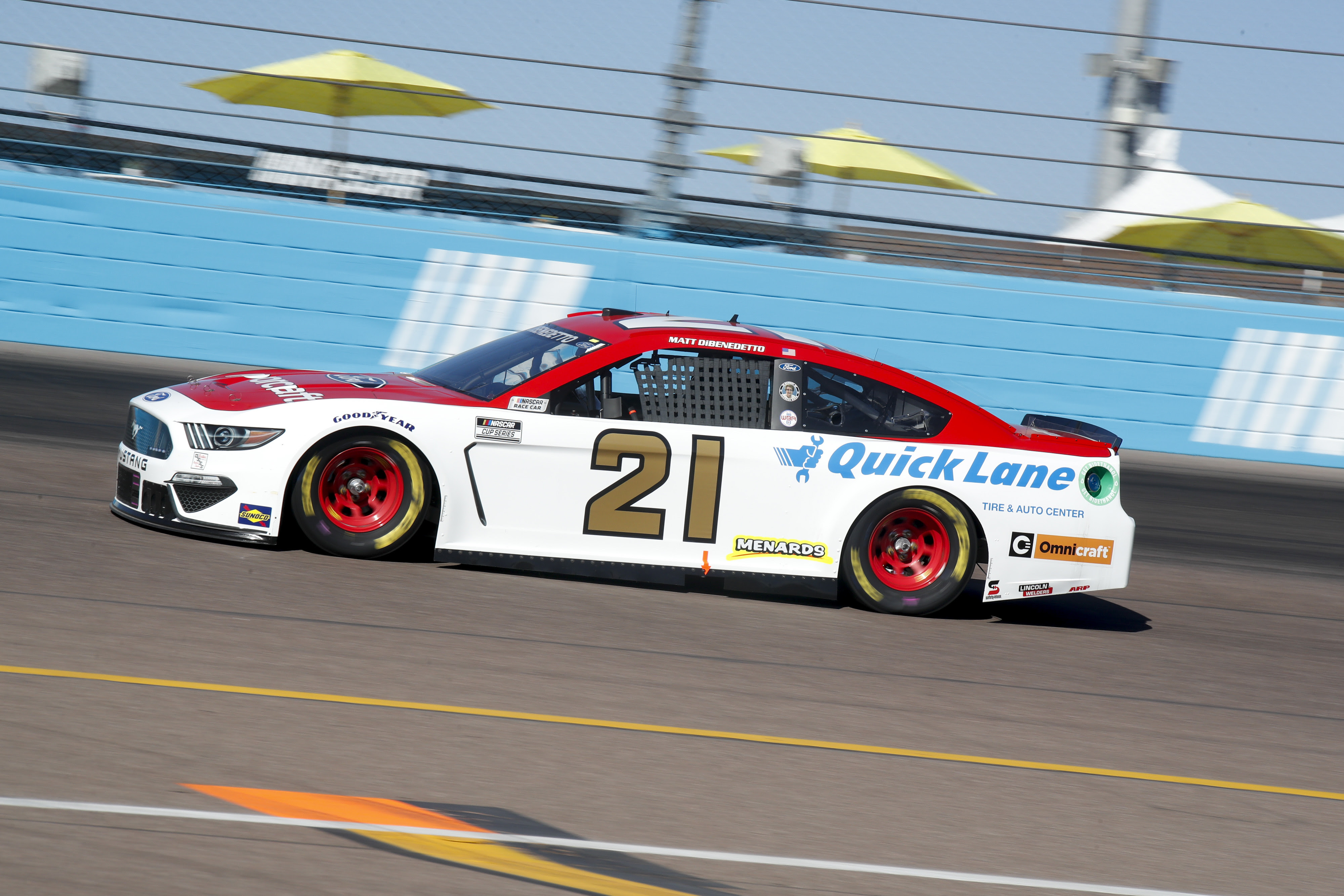 Matt DiBenedetto and the No. 21 Motorcraft/Quick Lane team closed out the 2021 season with a 12th-place finish in the NASCAR Cup Series Championship at Phoenix Raceway. That finish pushed them up one spot to 18th in the final Cup Series standings. The difference in 18th place and 19th was just four points.

DiBenedetto started Sunday’s 312-lap race from 15th place and cracked the top 10 after just 15 circuits. He ran in or around the top 10 for the remainder of the first Stage, ending that 76-lap segment in 10th place and earning one point.

The second Stage saw the Motorcraft/Quick Lane Mustang run in the top 10, and as high as sixth place, for much of that run. But a loss of positions on a restart at Lap 162 led to a 13th-place finish in Stage 2.

The team continued to show speed in the final Stage, but damage due to contact from another car hampered the effort. Still, DiBenedetto was able to drive up from 17th place to 12th over the final 60 laps.

The team closed out the season with three top-five, nine top-10 and 19 top-15 finishes. The No. 21 Mustang was running at the finish of all but two of 36 races.

Eddie Wood said he was proud of his team’s efforts, both in the finale at Phoenix and in the season as a whole.

“We’d like to thank Matt for what he did for us, as well as [crew chief] Jonathan Hassler and the rest of the 21 team,” Wood said. “We also appreciate all the support we’ve gotten from our friends at Ford Motor Company, our sponsors and affiliates, and especially the fans that have supported us week-in and week-out.

“And, finally, on behalf of the Wood family and our entire race team, we sincerely wish everyone a happy and safe offseason, and we’ll be back on track February 6 for The Clash at the LA Coliseum.”