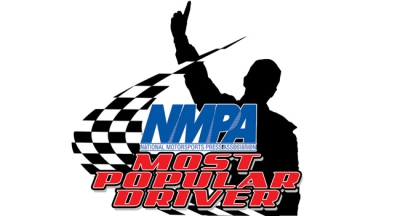 Fans can cast a vote for a single driver once daily at www.nascar.com/mostpopulardriver or on the NASCAR Mobile app. Votes shared by fans on Facebook and/or Twitter count double.

To be eligible, drivers must have declared for series points and be in the Top-32 in NASCAR Cup Series points by the start of the voting.

Voting closes for the NMPA Most Popular Driver Award on Wednesday, December 1, at noon ET.

The 2021 NMPA Most Popular Driver will be announced during the NASCAR Cup Series Awards program on Thursday, December 2. NBCSN, MRN and SiriusXM will provide coverage of this year’s program.

The award was first presented to Curtis Turner in 1949 at the completion of NASCAR’s inaugural season. It has been administered by the NMPA and presented annually by the organization since 1983 and remains the only major NASCAR award determined solely by fan vote.

Chase Elliott, son of Bill Elliott and driver of the No. 9 Hendrick Motorsports Chevrolet, has received the honor for the past three years.

"Thanks to the fans throughout this year," Elliott during the 2020 awards show at the end of a year in which the coronavirus pandemic severely limited fans’ ability to attend races. "I know it hasn't been the most normal thing ever, but you guys are awesome, and I hope you enjoyed what the season had to offer.”

Formed in 1965, The National Motorsports Press Association consists of qualified members of the media who report on the sport of auto racing through affiliations with print, radio, television and/or Internet news-gathering organizations. In addition to the NMPA Most Popular Driver Award, the

NMPA presents an array of significant honors in auto racing, including The Richard Petty Driver of the Year Award, The Myers Brothers Award, the NMPA Pocono Spirit Award and the Wood Brothers Award of Excellence.

Additional information about the NMPA can be found at nmpaonline.com.