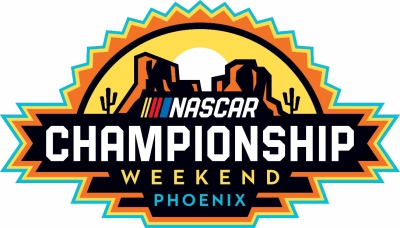 Martin Truex Jr. led 72 laps in the NASCAR Cup Series Championship Race at Phoenix Raceway Sunday afternoon and looked to be a real contender for his second title. But he could not get around eventual champion Kyle Larson, whose pit crew got him out first for a restart with 25 laps remaining.

The veteran Truex was leading at the time of the caution, but came out of the pits second for the restart and was just unable to catch Larson in those closing laps to attempt a pass.

It marks the third time in the last four years the 2017 series champion has finished runner-up for the title.

“Three years we were right there and had a car capable of winning and for whatever reason it didn’t go the way we needed it to," Truex added. “At the end there was just not enough speed to get to the 5 car [Larson] and around them.

“They did a great job and had a great season. Congrats to them. We’ll come back and try next year.”

For 40-year-old Denny Hamlin, this year’s Championship 4 appearance took on extra significance as he fully realized the championship chances are not to take for granted.

The driver of the No. 11 Joe Gibbs Racing Toyota finished third despite not leading a lap on Sunday. That third-place finish in the championship is his best showing since a third-place run in 2014. It was a hard pill to swallow for the three-time Daytona 500 winner and popular veteran driver, who nearly won the 2021 regular season championship losing it to Larson in the closing weeks leading up to the Playoffs.

“Certainly, I really liked where we were at with about 25 laps to go, we were just exceptional in the long run, which wasn’t too surprising, but started running the 19 [Truex] back down there and got within a couple of car lengths and then obviously that debris caution (with 25 laps to go) changed a lot," Hamlin said.

“Special congrats to Larson and his team. Those guys, any time you can win 10 races in a year, you’re absolutely a deserving champion. They did a great job on the last pit stop and got him out there and it just set sail after that."

Hamlin finishes the season with a pair of wins, 19 top-five finishes and 25 top-10 finishes – marks second only to Larson.

Chase Elliott, 25, the 2020 NASCAR Cup Series champion certainly turned in an effort worthy of a title chance. The driver of the No. 9 Hendrick Motorsports Chevrolet finished fifth on the day and his 94 laps led was second only to his teammate Larson.

As with Hamlin, that final restart really proved difficult to overcome. He came out of the pits fourth among the four Playoff eligible drivers and never could get higher than third place as he chased Larson.

“I felt like our NAPA Chevy was really good and I thought our team did a really good job preparing this week," Elliott said. “I was really proud of our group. I thought we brought a really good car and did a lot of things we were wanting to do today, just didn’t work out. The sequence of the way all that went certainly was unfortunate for us.

But look, proud of our team, a lot to build on and congrats to Kyle [Larson] and [his crew chief] Cliff [Daniels]. What an amazing season. Very deserving champions and glad to see Kyle have some good success.

“When you’re a good driver and a good person and you surround yourself with good people, success is warranted. It’s good to see that. But we’ll be back stronger next year and try to give them a run."

Elliott finishes the season ranked fourth in the championship with victories at the Austin, Texas and Elkhart Lake, Wisc. road courses and 15 top-five and 21 top-10 finishes.

Kevin Harvick was the best of the rest

Kevin Harvick’s eighth-place finish Sunday at Phoenix Raceway was good enough to move the former champion into fifth place in the championship season standings – best among those that didn’t qualify for Sunday’s four-driver title run.  Harvick, driver of the No. 4 Stewart Haas Racing Ford finished with 10 top-five and 24 top-10 finishes.

Richard Childress Racing driver Austin Dillon finished 17th in the championship standings - best among those drivers who did not qualify for the Playoffs. Dillon, a former Daytona 500 winner, earned eight top-10 and one top-five finish in 2021. He was 15th on Sunday.

Briscoe, 26, driver of the No. 14 SHR Ford, finished out the season with a 35th place finish at Phoenix – crashing out after a tire problem while running 12th. He finished 23rd in the final championship standings.

A nine-time winner while racing fulltime for the team in the Xfinity Series last year, he had three top-10 finishes in the NASCAR Cup Series this season, including a best of sixth place at both the Austin and Elkhart Lake, Wisc. road courses. He led 18 laps with a single day best of 12 laps led at the Indianapolis road course.

The series other Rookie of the Year contender, Front Row Motorsports driver Anthony Alfredo, 22, finished 30th in the standings with one top-10 finish, a 10th place at the Fall Talladega (Ala.) Superspeedway race. He closed out the year with a 34th-place finish following an accident at Phoenix.