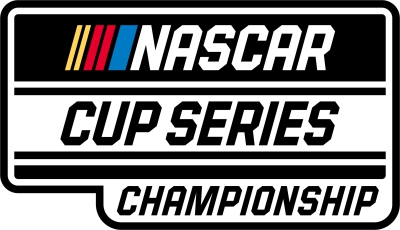 THE MODERATOR: We are now joined by Martin Truex Jr. and Chase Elliott, two more of our Championship 4 drivers.

MARTIN TRUEX JR.: In our case it wasn't a pit stall, we just had a slow stop.

CHASE ELLIOTT: Same for us.

MARTIN TRUEX JR.: Yeah, I mean, for us we had just a solid day. We hung around right there where we needed to be, had a really good car, especially on the long runs early in the race. Track position was tough. Seemed like whoever was out front could drive away for 30, 40 laps and then you'd kind of race from there on until the end of the run.

Felt like all of us were really equally matched, honestly. We were all really good, really fast. Whoever got out front seemed to be good on the short run, and then long run it was kind of back and forth between everybody all day it seemed like.

So we did everything we needed to. We got a lucky break there with the caution when we pitted and got us the lead, and we were driving off into the sunset. I don't know what the caution was for, but just untimely caution for us and lost two spots on pit road and that was the race. 20 to go, you're not going to pass one of the fastest cars out there. We just didn't have the short run speed all day, and then certainly with 20 to go it's going to be hard to pass anybody out front in clean air.

I think if we would have had the lead, we could have held him off. But hindsight is 20/20, and we didn't have the lead, so here we are. Really proud of our team and our season. Come in here once again as underdogs and had a shot at it, so that was fun.

CHASE ELLIOTT: Yeah, maybe. I kind of thought I had a run a little bit and I didn't think there was quite enough room, and I thought he was going to come to the wall, so I was like, well, I'll try to go to the bottom really fast, and then he ended up like not moving, and then I came down. It was just a really weird set of circumstances, ended up hitting him in the right rear and it flared the thing out. That was nice.

CHASE ELLIOTT: Yeah, it was nice. If you want to do that --

MARTIN TRUEX JR.: Why wouldn't you hit me like that.

CHASE ELLIOTT: If you want to do that to me next year, we'll work on it.

CHASE ELLIOTT: It did. It looked good. Glad I could help.

But yeah, just honestly really proud of our effort. I thought we had a really good car. Honestly I thought all four guys, to Martin's point, were good. I felt like we all kind of had our moments really throughout the day. You get a caution with 20 laps to go, it's going to be very difficult to run down and pass the guy that jumps out front in the restart. But yeah, proud of our team. Felt like we had a nice game plan coming into the week. Felt like our car did a lot of the things we wanted it to do. No major mistakes, just needed to be a little better in those first few sequences of restarts and pit stops there at the end.

CHASE ELLIOTT: Yeah, I mean, with the way this deal is, for sure. One race -- I mean, yeah, it's going to be hard to -- most of the time, your four consistent guys throughout the season are likely going to be here. You might have one guy that maybe isn't or wins a race or something and gets in, but for the most part they're going to be good cars. So when you get to the last race, they're all going to run good. That's just the way it is. Everybody wants to win.

Yeah, I don't foresee that changing. I mean, at least not while they leave it like this.

CHASE ELLIOTT: Yeah. I mean, yeah. Some of those really tough days I thought prepared us to be able to come here and have a shot to win last year. Those tough losses teach you good lessons. I felt like our team came into the last couple years here with a really good mindset and were mentally strong enough to go and compete for the win. That's really all you can ask for.