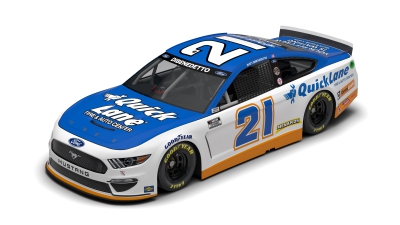 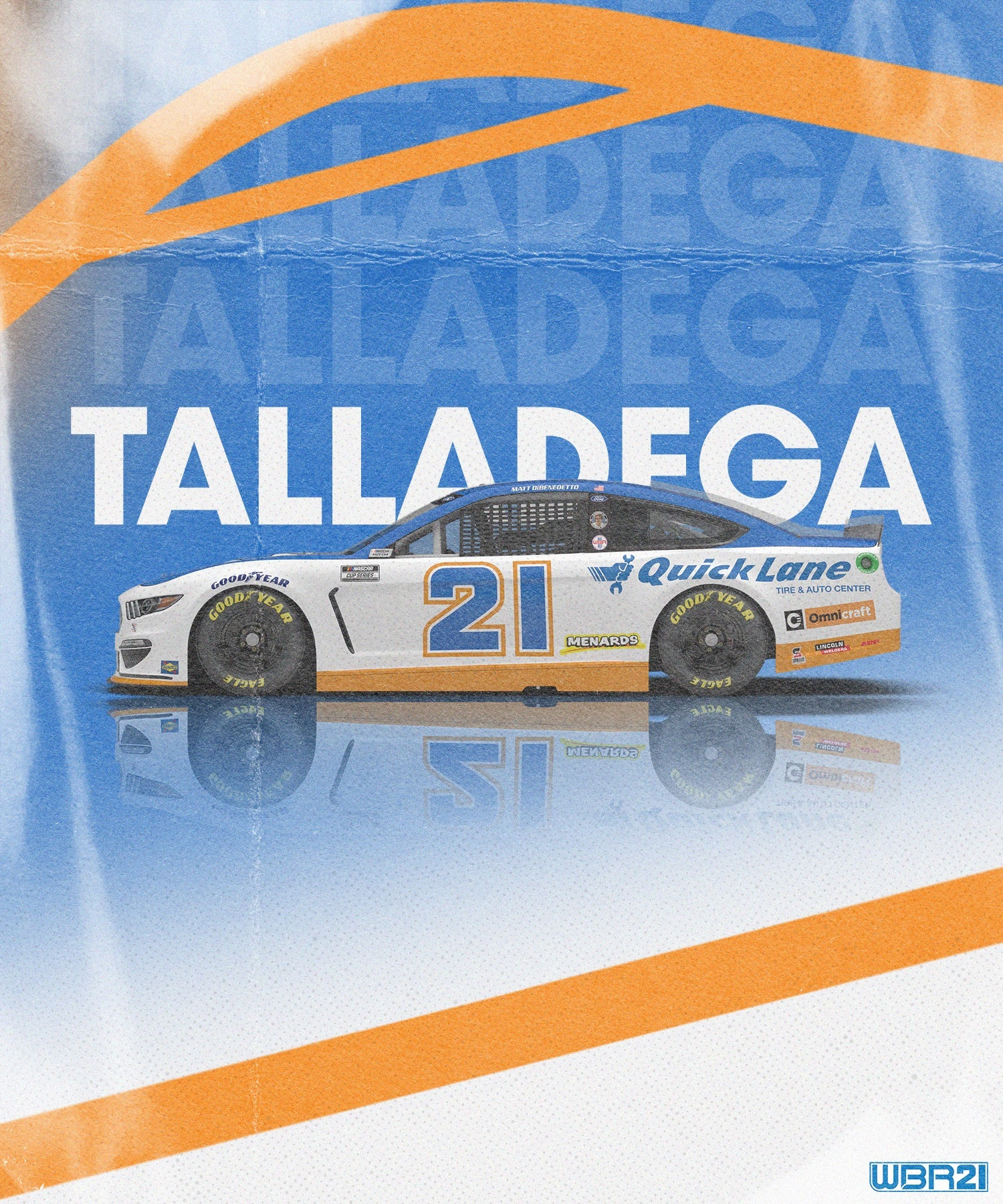 The last time Matt DiBenedetto and the No. 21 Quick Lane Tire & Auto Center team raced at Talladega Superspeedway they won Stage One, led 28 laps including the white-flag lap and finished fifth in the April 25 GEICO 500.

This time around, in Sunday’s YellaWood 500, the strategy and the goals will be a bit different. With the team eliminated from championship contention, there’s less emphasis on earning points and more on putting the No. 21 Mustang in position to race for the win in the closing laps.

DiBenedetto said the Quick Lane team is capable of coming away with a victory if the late-race circumstances play out in their favor.

“We have been in contention to win at the superspeedways countless times now,” DiBenedetto said, adding that being there at the end requires a lot more than just racing luck.

He said that he, spotter Doug Campbell, crew chief Jonathan Hassler and other team members, as well as the entire Ford contingent, put in a lot of hours going over scenarios that are likely to occur at Talladega and coming up with strategies to deal with them.

“Doug, myself and the team have really worked hard on our race craft at these places to be there when it counts,” he said. “Luckily we don’t have to race for Stage points and are there to try and take the win!”

There will be no qualifying or practice prior to the start of Sunday’s 188-lap race, which will feature Stage breaks at Laps 60 and 120. DiBenedetto will start 15th, the line-up having been set based on results from Las Vegas Motor Speedway with the 12 championship contenders starting ahead of the rest.

The green flag is set to fly at 1 p.m. (2 p.m. Eastern Time), with NBC carrying the live TV broadcast.