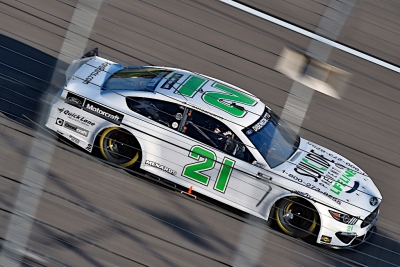 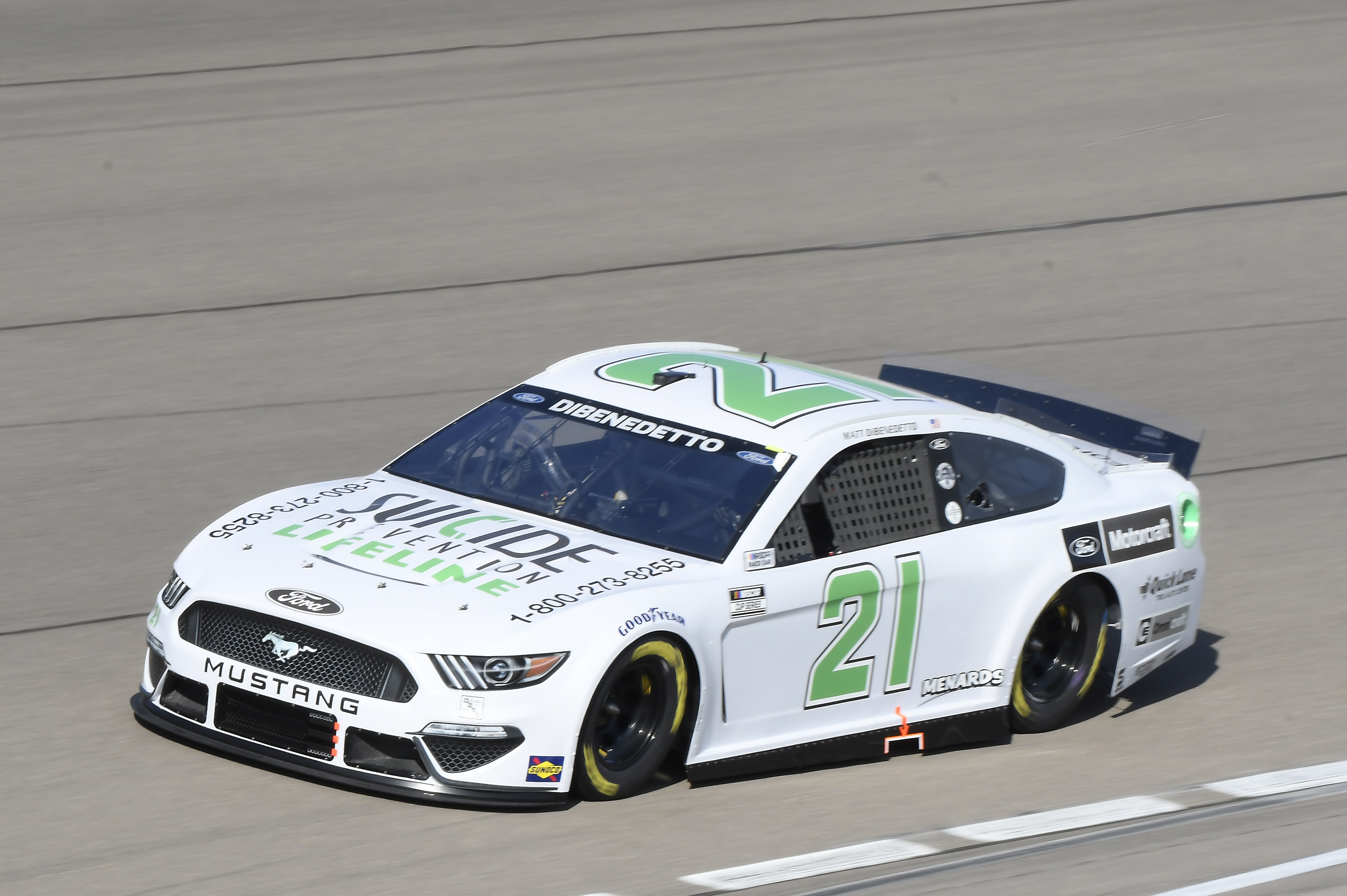 Matt DiBenedetto’s No. 21 Suicide Prevention Lifeline Mustang was fast from start to finish of Sunday’s South Point 400 at Las Vegas Motor Speedway, and the team came home with a 12th-place finish despite a mid-race setback due to the way a pit-stop cycle played out.

DiBenedetto started 14th and drove into the top five within the first three laps. He was running fifth when the Competition Caution flag flew after 26 laps had been completed.

He continued to run in the top five and top 10 throughout the first Stage and ended that 80-lap segment in ninth place, earning two Stage points.

In the second Stage, the No. 21 team was again running in the top 10 but their pit strategy didn’t work out when the Stage ended with a 63-lap green-flag. The Suicide Prevention Lifeline team was forced to stop late in the run under the green flag, and that left them in 23rd place, one lap behind the leaders.

Taking the wave-around during the Stage break put DiBenedetto back on the lead lap but at the back of the pack to start the final Stage. That entire segment ran without a yellow flag, taking away any opportunity to use strategy to jump up in the running order.

Still, DiBenedetto was able to remain on the lead lap and drive his way to 12th place at the finish.

“Obviously we had a much better car than that,” he said. “We were able to drive away from the leaders at the end.

“We had to come from the back at the start of the final Stage, and there were no cautions to re-bunch the field and get back to where we deserved to be.

Still, he said he was proud to be able to spend the weekend raising awareness about suicide and ways to try to help those contemplating taking their own lives. The team’s regular sponsors, led by Motorcraft and Quick Lane, yielded their logos on the No. 21 Mustang to the suicide prevention effort and to the Suicide Prevention Lifeline phone number, which is 1-800-273 TALK (8255).

“The numbers of people either contemplating suicide or taking their own lives are staggering,” DiBenedetto said. “Being able to talk about suicide and mental health was much bigger than driving the race car.”

DiBenedetto and the No. 21 team remain 18th in the points standings heading into next Sunday’s YellaWood 500 at Talladega Superspeedway.