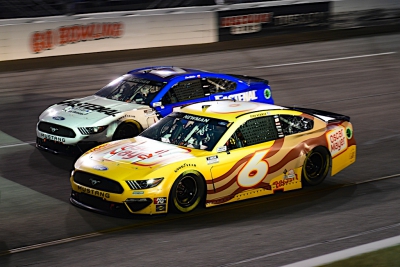 With the 16 playoff contenders automatically starting in positions 1-16, Newman was pushed to a 24th-place starting spot in his 39th Cup start at the ¾-mile track. A competition caution flew at lap 30 with a fairly short opening stage followed by two lengthier runs to the finish.

Newman worked his way inside the top-15 in the first 50 laps of the race, jumping up to P14 just after one of only two natural cautions on the night. He went on to finish the stage in 22nd.

After rolling 21st for stage two, green-flag pit stops were the story as he went a lap down to the leaders just before lap 150. He finished that segment in 22nd, and with only one caution in the final 147 laps, went on to finish 20th.

Newman and the No. 6 team are back in action next weekend at Bristol Motor Speedway for another short-track race under the lights. Race coverage Saturday gets underway at 7:30 p.m. on NBCSN, and can also be heard on PRN and SiriusXM Channel 90.