The Race For The Playoffs Enters Its Final Lap 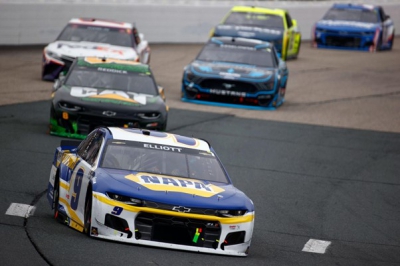 As we approach the month of September, it means one thing in terms of motor racing and as the NASCAR season approaches its play-off phase of competition, we will soon find out each of the 16 drivers who will advance their hopes of winning this year’s overall championship.

With just one more regular season race remaining, 15 of those 16 drivers that will be permitted a continued tilt at the title are already known and this means the final berth will be awarded at the Coke Zero Sugar 400.

While the race that will take place at the Daytona International Speedway at the end of August, is one that has generated a rather interesting subplot for the play-offs and one that sees just two drivers fighting over one remaining entry to the final 16.

As things stand going into events at Daytona, 16th place in the championship standings is currently in the possession of Matt DiBenedetto and if he can secure a better finish than Chris Buescher, he will be a part of the sweet sixteen.

Then again, it is not necessarily a better finish that is required on Saturday August 28th - if only because DiBenedetto currently possesses a 15-point lead over his nearest rival and therefore, race management may well come into play instead.

If Buescher cannot gain enough of an advantage and is unable to shake the No.21 entry from his rear-view mirrors, then it will not be the No.17 Mustang that does enough to secure the final play-off berth on offer.

Which means, it could be a case of win or as close to a win or bust for the 28-year-old Buescher and when you look at recent form going into the final round of the regular season, it looks as if form itself has evaded him.

That’s because recent improvements from the 30-year-old DiBenedetto have seen him earn two top-six finishes at both the Verizon 200 and the Firekeepers Casino 400 and it is this pair of results which have now put him in relative pole-position.

Which means if you were someone who likes a NASCAR wager from time to time and were looking to use online sportsbooks on the market today, then a bet on who will finally secure a play-off berth is likely to be on your agenda.

A bet that would likely see you back the man who currently finds himself in 16th and when you consider the buffer of points that he has to rely on, it may need something incredibly impressive from Chris Buescher to get over the line.

With 40 points being on offer for a win, it would mean that if the man who at the time of writing is 17th in the standings picked up a sensational victory, he would then have to wait for his pit-crew to provide good news. News that comes in the shape of DiBenedetto finishing outside the top 12.

However, a win for the No.17 may be something of a rather tall order and when you consider that he is yet to record a top-five finish in 2021, suggesting a win is on the horizon at the Coke Zero Sugar 400, may be something akin to a hail Mary punt.

Of course, it is not just the battle for entry which will be of interest at Daytona, there is also the race win itself and when you consider the names that are currently at the top of the overall standings, the likes of Kyle Larson and Denny Hamlin are likely to be in the mix once again for first place.

Going into the Coke Zero Sugar 400, it is Larson who is currently the lead driver in the overall standings and in terms of the current margin, the 29-year-old has 28-point lead that he can call his own.

Of course, that does not matter all that much, as the championship will not be decided in Daytona. However, a win at the famous racetrack would undoubtedly provide a huge momentum boost going into the next phase of the 2021 schedule.

Which means, not only will there be interest in who takes the chequered flag in the final regular season race of this year, the focus will also be placed on who out of Matt DiBenedetto and Chris Buescher does enough to secure entry to the play-offs.