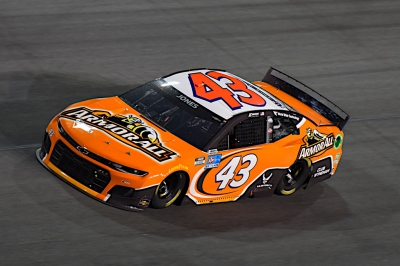 Two-time Snowball Derby winner, Erik Jones, will return to the Southern Super Series behind the wheel of the No. 78 Fury Super Late Model for BJ McLeod Motorsports with Travis Braden at Five Flags Speedway’s double header on July 23rd and 24th.

“I’m looking forward to getting back to Pensacola in a super late model with BJ McLeod and Travis Braden’s short track program,” said Erik Jones. “I haven’t been there (Five Flags Speedway) since the derby in 2014, so it will be fun to get back on track. Both Travis and BJ have put together a nice piece for this deal. I’ve been wanting to do more super late model races, and this felt like a great fit to keep that momentum rolling.”

July 23rd will be BJ McLeod Motorsports with Travis Braden’s first time hitting the track with their house car at 5 Flags Speedway with Jones behind the wheel in the Southern Super Series Twin 100s.

The Southern Super Series’ Twin 100s weekend starts with a 100-lap race on Friday, July 23rd followed by another 100-lap race on Saturday, July 24th. If not in Florida to watch the race in person, fans will be able to watch both races on Speed51.TV with a monthly or yearly subscription!