Early Damage Results in 28th-Place Finish for Newman in Atlanta 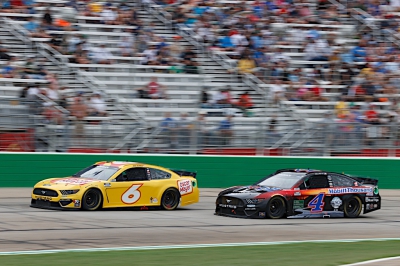 A promising run for Ryan Newman unraveled just before the end of the first stage in Sunday’s race at Atlanta Motor Speedway, as he was forced to pit with a damaged tire. The damage trapped Newman a lap down from the leaders, and a relatively caution-free event kept him from regaining that position as he went on to finish 28th.

Newman started the day from the 29th spot, but quickly drove through the field as his Oscar Mayer Ford Mustang sprang to life in the hot and slick conditions at Atlanta. He had advanced seven positions by the lap 25 competition caution and had worked his way as high as 17th before reporting that he had a tire coming apart just laps before the end of the first stage. Newman was forced to pit road and lost a lap to the leaders, scored 29th and just outside the free pass position.

The team began the second segment ready to fight for the free pass, but the segment ran caution-free and a pass-through penalty was assessed on Newman’s lap 125 pit stop for a crew member jumping over the wall too soon. The penalty dropped the team another lap, and they were unable to regain the position with no more natural cautions in the event. Newman was ultimately scored with a 28th-place finish.

Newman and the No. 6 team return to action next weekend at New Hampshire Motor Speedway. Race coverage Sunday is set for 3 p.m. ET on NBCSN, and can also be heard on PRN and SiriusXM Channel 90.