Racing at Road America on the Fourth of July 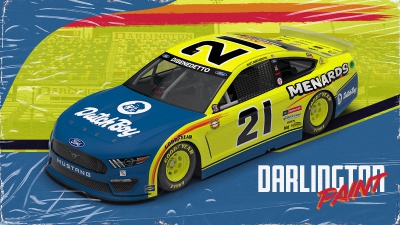 NASCAR’s elite Cup Series is set to spend Independence Day weekend at an appropriately named track – Road America  - where the Cup Series will be returning for the Jockey Made In America 250.  It’s the first race at the Elkhart Lake, Wisc., track for NASCAR’s top circuit since a one-off event in 1956.

For Matt DiBenedetto and the No. 21 Menards/Dutch Boy team - and lots of others - there’s no better place to run on the Fourth of July. The track is the home venue for sponsor Menards, which is based in Eau Claire, and the 14-turn, 4.048-mile course is one where DiBenedetto has performed well in the past.

In 2019, driving in an Xfinity Series race for Joe Gibbs Racing, he started second, led the most laps and was running second and chasing down eventual winner Christopher Bell when he was taken out in an incident on the last lap. He also has three other Xfinity starts there.

“Road America is one of my favorite tracks in the country,” DiBenedetto said, adding that coming so close to a win there in 2019 is still on his mind. “We led a bunch and had trouble on pit road and other things going wrong that cost us the win.”

He said the track surface has changed significantly since his first Xfinity race there in June of 2010.

“I couldn’t believe how slick that track has gotten over the years,” he said. “It’s a blast to drive, very technical and the best part is how passionate the fans are out there.

“I can’t even imagine how crazy it’s going to be with those passionate fans and it being the Fourth of July weekend, which is extremely special.”

DiBenedetto and the Menards/Dutch Boy team will get a chance to tune on their No. 21 Mustang during a practice session Saturday at 11:35 a.m. (12:35 Eastern Time).