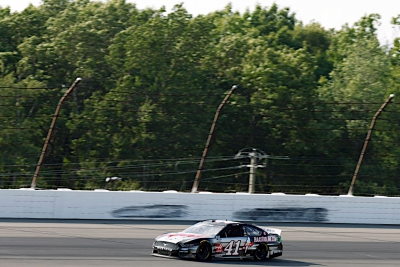 ● After starting near the back as a result of yesterday’s 38th-place finish, Custer quickly moved his way up through the field to break into the top-30 by lap two.

● When the lap-two caution came out, Custer was running 29th in his Ford Mustang. The No. 41 HaasTooling.com team opted to keep him out on the track under the yellow.

● The 22-year-old driver got caught up in traffic as the first stage continued and held steady in 27th for much of the remainder of the stage. As green-flag pit stops began, he was able to make it all the way up to 22nd by the stage end.

● Under the Stage 1 break, the No. 41 HaasTooling.com team brought their driver down pit road for four tires, fuel and a slight adjustment to combat his tight-handling racecar.

● The No. 41 HaasTooling.com driver started 30th and finished 18th.

● After the lap-35 restart, Custer quickly drove his way back up into the top-20 by lap 45. Custer reported that his Ford Mustang started off the run tight but loosened up as the stage continued to go green.

● By lap 67, the Ladera Ranch, California, native maneuvered his way into the top-15 as green-flag pit stops got underway.

● On lap 71, crew chief Mike Shiplett brought his driver down pit road for a fuel-only stop to try and save some track position.

● After re-entering the race 23rd, Custer worked his way up to 18th by the end of Stage 2.

● Under the stage break, the No. 41 HaasTooling.com team brought Custer down pit road for four tires and a slight adjustment.

● During the lap-89 restart, Custer received damage on the right-rear quarter panel and front nose of his No. 41 HaasTooling.com Ford Mustang. The team was forced to make a long stop on lap 93 to attempt to fix the damage sustained and fill up on fuel.

● The damage didn’t stop Custer, though. He restarted on lap 96 in 30th and found himself in 22nd just 11 laps later.

● On lap 121, the No. 41 team brought their driver down pit road for right-side tires only under green. Custer was 27th when he rejoined the field.

● Ultimately, Custer was not able to come back from going a lap down on his final stop of the race and ended up 24th.

● Denny Hamlin remains the championship leader after Pocono with a two-point advantage over second-place Kyle Larson.

“Man, we had a fast No. 41 HaasTooling.com Ford Mustang today and definitely could’ve contended up there in the top-10 if we hadn’t run into trouble at the beginning of the final stage. It was hard to recover from that damage. We’ll learn and move ahead to Road America.”