Newman Perseveres for 14th in Chaotic Afternoon at Nashville 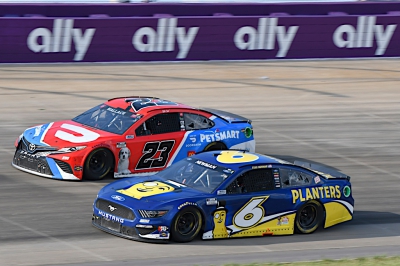 In the first NASCAR event at Nashville Superspeedway in a decade, Ryan Newman put himself in prime position to capitalize on a chaotic afternoon, finishing 14th in the Planters Ford Mustang.

The weekend schedule saw a rare practice and qualifying session, where Newman put his No. 6 machine 29th in single-lap qualifying. But, with a total of nine cautions – not including those induced by stage breaks – Newman and the No. 6 team continued plugging away on the car to secure a solid finish on the day.

After a quick yellow in the first turn of the afternoon, the race ran green through Newman’s first pit stop. A badly-timed yellow just after Newman exited pit road trapped him a lap off the leaders, forcing the No. 6 team to play strategy games to get the position back. Following a series of cautions where he wasn’t eligible to wave around, Newman battled and earned the lucky dog to end stage one, giving the team a fresh restart on the race.

He began the second stage from the 29th spot, but worked his way near the top-15 by lap 138 when he restarted 17th. He got to 15th for a restart with five to go in stage two, but ultimately fell back to 23rd to close the segment after the handling went away on the short run.

Following another stop – one of his eight on the afternoon – to try and tune up the Planters Ford, he began stage three from the 20th position. The last half of the race saw three combined yellows, as fuel strategy came into play late.

The final restart came at lap 232, and just after Newman reported his best balance of the race. That, combined with some fuel strategy not working out in other competitors’ favor, put him 14th at the finish line in his first-ever shot at the 1.33-mile track.

Next up the NASCAR Cup Series visits Pocono Raceway for a doubleheader next weekend. Saturday’s race is set for 3 p.m. ET, with Sunday’s race set for 3:30 p.m. ET. Both will air on NBCSN, MRN and SiriusXM Channel 90.