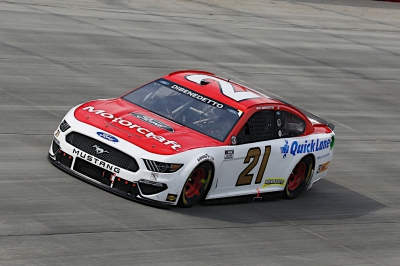 NASCAR’s Cup Series is returning to Nashville, Tenn., for its first race there since 1984, and the Wood Brothers are back Cup racing in Music City for the first time since 1958 when team founder Glenn Wood ran 12th at the first-ever Cup race at the city’s Fairgrounds track.

That .596-mile oval is still hosting short-track races and is the oldest continuously operating track in America, but Sunday’s Ally 400 will be contested at Nashville Superspeedway, a relatively new 1.33-mile concrete oval in the suburb of Gladeville.

The superspeedway, which hosted IndyCar events as well as NASCAR’s Xfinity and Camping World Truck Series from 2001 to 2011 but has been closed since then, will reopen to a packed house on Sunday as all available tickets already have been sold.

Matt DiBenedetto and the No. 21 Motorcraft/Quick Lane team will have a bit of an advantage over some of their competitors as DiBenedetto ran an Xfinity race there in 2010 and finished 10th. It was his second career start in NASCAR’s No. 2 series, the first coming the year before at Memphis.

DiBenedetto said he’s happy to be returning to the site of his first top-10 finish in a major NASCAR division.

“I’m excited to go there,” he said, adding that the current horsepower and handling package is another allure for him. “Any races we add to the schedule that are low downforce and high horsepower races are my favorite.”

This is the first race of the season for the NBC broadcast crew, which has taken over from FOX, and the race will be shown on NBCSN.