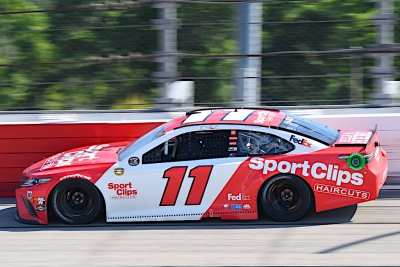 Denny Hamlin – Driver of the No. 11 Sport Clips Toyota Camry

What did you think of your race car overall today?

“I honestly thought we had the best car for the first 150 (laps) and then we got off-sequence there by staying out, which we thought everyone was going to stay out to save tires. I should have just came when everyone else was coming, but I didn’t make the call and Chris (Gabehart, crew chief) made it too late. Either way, we stayed in the top-five and then we got third on that restart and I just didn’t have the car that I had before. Lost some grip. I think the track burned in a little bit and we just lost the advantage that we had for the first 100 (laps).”

The NASCAR Cup Series heads to Dover International Speedway for the Drydene 400. The race will be broadcast live Sunday, May 16 at 2:00 p.m. ET on FS1.