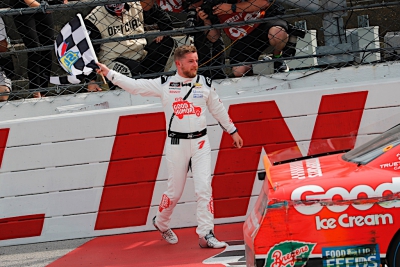 Allgaier took the lead on the overtime restart and would go on to win his second Xfinity Series win of the season at Darlington Raceway.

For Allgaier, this marks his second win in the last four races. His first win of the season came at Atlanta.

Rounding out the top five were Josh Berry in second, Brandon Jones in third, Daniel Hemric in fourth and Jeremy Clements in fifth.

Josh Berry, who finished second scored his second top five place finish of the season. His previous top five was his win at Martinsville.

Rounding out the top ten were Michael Annett in sixth, Brett Moﬃtt in seventh, Ryan Sieg in eighth, Alex Labbe in ninth and Harrison Burton in tenth.

Championship contender Austin Cindric finished 30th after he was in a crash on the last lap of the race.

The NASCAR Xfinity Series will race at Dover International Speedway next Saturday at 1:30 p.m. Eastern on FS1.