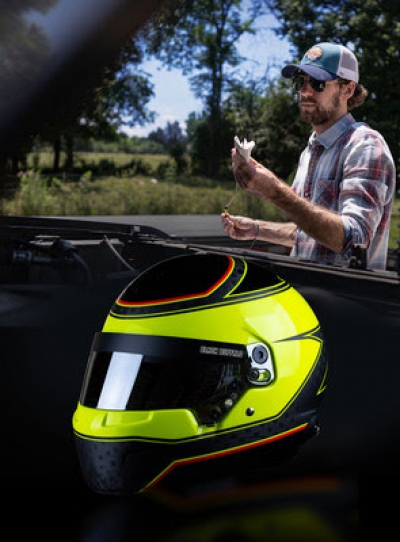 Black Buffalo Inc. today announced the addition of NASCAR  driver Ryan Blaney as an official brand ambassador. A third-generation driver, Blaney is helping  to expand Black Buffalo's presence across the adult-aged auto racing fanbase, many of whom  are Black Buffalo users, including Blaney himself. Before becoming an ambassador, Blaney made the switch to Black Buffalo as he sought an alternative to traditional smokeless tobacco.

Since the company's founding in 2015, Black Buffalo has invested thousands of hours of  research and development into creating the industry's best smokeless tobacco alternative  products, which include long cut and pouches varieties. The company offers eight products which contain pharmaceutical-grade nicotine but no tobacco leaf or tobacco stem, and has  developed a lineup of newly launched ZERO-branded nicotine-free and tobacco-free products.  Today, adult consumers can find Black Buffalo's products online at BlackBuffalo.com and at  select convenience stores. The company has experienced continued record growth, with  revenue up approximately 4x from the beginning of 2020.

In April 2020, Black Buffalo announced that Donald "Cowboy" Cerrone, one of the most well known and respected fighters in mixed martial arts, had joined the Herd as an official brand  ambassador. Ryan Blaney's addition to Black Buffalo further entrenches the brand into the  competitive sports and lifestyle industries that are enjoyed by millions of Americans.

Black Buffalo Co-Founder Jeffery David (JD) said, "Ryan is an ideal extension of the Black  Buffalo family. His career as a rising star is much like our journey as a company. Not to mention  how perfectly his character, interests, and personality align with our brand ethos."

Ryan Blaney is in his tenth season with Team Penske and his fourth year racing full-time for the  team in the NASCAR Cup Series (NCS), which is NASCAR's premier racing division. Blaney  earned a victory and raced his way into the NCS Playoffs for the fourth consecutive season in  2020. He has scored one win through the ten races of the 2021 season that have been  contested to date.

Ryan Blaney said, "Black Buffalo relates to me in a special way — they are a family, and I'm  very excited to be joining it for years to come. Their determination to 'Charge Ahead' is  something I challenge myself to do in my personal and professional life. Here's to the future."