NCS: What to watch for in today’s GEICO 500 at Talladega 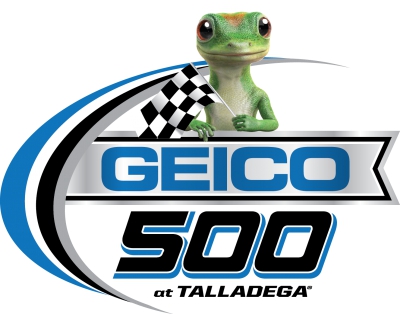 Drafting: Drafting, drafting is key to the race a technique that goes back to Junior Johnson figuring out to follow a cars jet stream and reducing the resistance the trailing car has. This allows faster speeds and epic last moment, final turn, coming to the finish line passes for the lead and race win. And none better at it was Dale Earnhardt Sr. who has 10 wins at Talladega alone.

First time and underdog wins: Talladega and Daytona are known as the great equalizer when it comes to the machines on track. Engines and aerodynamics are key, yet you must be there at the end and miss the big one(s) that are bound to happen. Add that in with mastering the draft allows for first time and underdog winners. Look no further than Front Row Motorsports, they already have a win this season with Michael McDowell in the Daytona 500, McDowell finished fifth in this race back in 2019, but they also finished 1-2 with David Ragan and David Gilliland back in 2013 in a David versus goliath match up. Over the years some big names have put up first wins at Dega including Brad Keselowski, Davey Allison and Ricky Stenhouse Jr.

Nine races and the playoff picture: With nine races in the books and eight different winners, Truex being the only two time winner so far this season half the playoff spots are locked up very early on in the season leaving some big names without wins including points leader Denny Hamlin and defending series champion Chase Elliott who would line up ninth and tenth later this fall.

Red Farmer:  Red Farmer might not be a name you have heard of but for those around for a while will know he was once part of the famous Alabama Gang that included the Allison’s. Red these days can still be found across from Talladega Superspeedway at the Talladega Short Track still running his dirt car on the weekend, Farmer who is 88 years old will be in person this weekend to watch Live Fast Racing put Long-Lewis Auto Ground on their car in honor of Farmer who has had the sponsor adorned his car since 1962.

Rookie update: Briscoe continues to lead the standing over Alfredo by 54 points heading into Talladega.