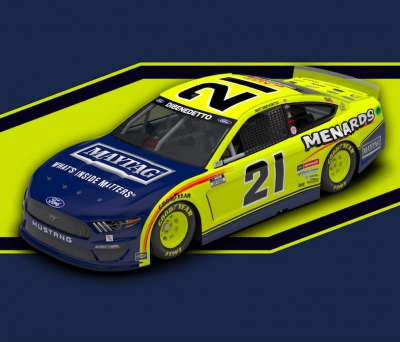 The last time Atlanta Motor Speedway got a new coat of asphalt was during the middle of the 1997 season.

Bill Clinton was President at that time. Gasoline was $1.23 a gallon, “Titanic” was playing in theaters and “Candle in the Wind” was the top song. In the NASCAR world, Michael Waltrip was driving the Wood Brothers’ No. 21 Taurus, North Wilkesboro Speedway has been dropped from the Cup Series schedule, and inaugural races were held at Texas Motor Speedway and Auto Club Speedway.

There have been lots of changes since - in America, in NASCAR and at the Atlanta track. The old Weaver grandstands, named for one of the track’s first presidents, Nelson Weaver, have been removed as have the Elliott Family Grandstand in Turn Three. The track lost and then regained its second Cup race, which will be run in July.

But through it all, the original pavement, laid down when the track was reconfigured from a true oval to the current quad-oval, has remained. The surface has faded from black to a light gray, and multiple cracks have been sealed with ribbons of tar.

Plans to repave have been nixed, largely due to pleas from drivers like Matt DiBenedetto, who will start the No. 21 Menards/Maytag Mustang from 20th place in Sunday’s Folds of Honor/QuikTrip 500.

Despite the excessive tire wear and other issues that arise from the work surface, drivers love it.

“The old pavement gives the track character,” DiBenedetto said. “It’s fun to race on, and it has multiple grooves. Tracks get better with age, and Atlanta is definitely an old one. It’s extremely fun.”

Last year, in his first Atlanta drive in the Menards Mustang, DiBenedetto showed top-10 speed and was poised to finish well until an unscheduled pit stop forced the team to try to make a set of tires last through a long-green flag run. The track chewed them up, and DiBenedetto was forced to pit in the closing laps.

“This could be a pretty good place for our Menards/Maytag team,” he said. “Last year, we started out really loose, got it fixed and had a top-10 car.”

There are other reasons for his optimism.

“The mile-and-a-half tracks are a strong point for us,” he said. “I feel pretty good.”

There will be no practice or qualifying prior to Sunday’s 500-miler, which is set to start just after 3 p.m. Eastern Time with TV coverage on FOX.