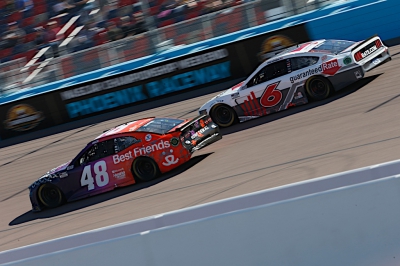 After rolling off the grid 19th for his 37th Cup start at the 1-mile track, Newman finished in the same spot to close out stage one, a segment that featured two yellow flags to open the 312-lap race. Restarting 16th for the second stage, Newman was poised to make a run before contact with the wall halted his progress.

The damage was an issue for the remainder of the afternoon for Newman, who finished the second stage in 30th, two laps off the pace. From there, he fought to work his way back on the lead lap and did so with a pair of late yellows, but ultimately finished one lap off the pace.

Newman and the No. 6 team return to action next weekend at Atlanta Motor Speedway. Sunday afternoon’s race is set for 3 p.m. ET on FOX. Coverage can also be heard on PRN and SiriusXM Channel 90.