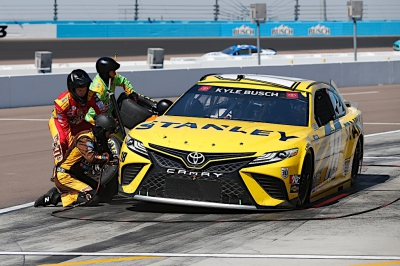 Kyle Busch – Driver of the No. 18 STANLEY Toyota Camry

“It was a long day with our STANLEY Camry. Ben (Beshore, crew chief) and the guys made a lot of changes the first half of the race, but having the pit road penalty there put us back in traffic and we just couldn’t quite dig out of the hole all day. We were in the lucky dog position a few times, but the cautions didn’t fall at the right time. We’ll get back to work and hope to have a better finish at Atlanta.”