Extracurricular Racing on Tap for Harvick and Preece 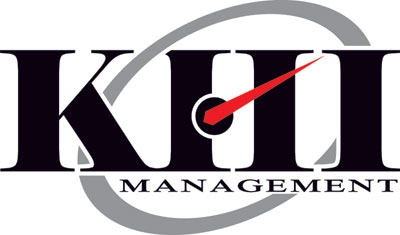 Placing its clients in the best positions to succeed is what drives KHI Management, and the class-leading agency has secured some prime opportunities for two of its NASCAR Cup Series clients – drivers Kevin Harvick and Ryan Preece.

Harvick will compete in three NASCAR Xfinity Series races in 2021, amplifying his role as a brand ambassador for Xfinity while simultaneously gaining valuable road-course experience at three tracks the NASCAR Cup Series will visit this season.

Harvick will kick off his three-race Xfinity Series campaign on May 22 in the Pit Boss 250 at Circuit of the Americas (COTA) in Austin, Texas. He’ll return to the Xfinity Series July 3 for the Henry 180 at Road America in Elkhart Lake, Wisconsin, and then wrap his Xfinity Series season on Aug. 14 at the road course at Indianapolis Motor Speedway. The two-time Xfinity Series champion (2001 and 2006) with 47 victories will drive a Ford Mustang for Stewart-Haas Racing in each event. A car number, along with primary partners, will be announced at a later date.

However, before Harvick turns left and right in the Xfinity Series, he will join the NASCAR Camping World Truck Series for the March 27 Dirt Race at Bristol (Tenn.) Motor Speedway. It will be Harvick’s 124th career Truck Series start, but his first since Aug. 1, 2015 when he finished second in the Truck Series race at Pocono (Pa.) Raceway. Harvick will pilot the No. 17 Hunt Brothers Pizza Ford F-150 for David Gilliland Racing (DGR).

“I tell all of the drivers we represent at KHI Management that nothing beats seat time, and that goes for me as well,” Harvick said. “I can learn and have some fun, all at the same time. Road-course racing and dirt-track racing is a challenge, and I’m always up for a challenge.”

Preece will drive DGR’s No. 17 Ford F-150 in back-to-back Truck Series races June 18 at Nashville (Tenn.) Superspeedway and June 26 at Pocono. Hunt Brothers Pizza will be the primary partner for Preece at Nashville while Morton Buildings will adorn Preece’s truck at Pocono.

“I’m excited for the opportunity to run Nashville and Pocono and partner with Hunt Brothers Pizza and Morton Buildings,” said Preece, a standout on the NASCAR Whelen Modified Tour who is now in his third year competing in the NASCAR Cup Series. “DGR has done an awesome job building its program from the short tracks to the national level. I said it at the beginning of the season, I’m going to be in the seat as much as I can be. Cup, Truck, Modifieds – whatever has four wheels and an engine that will give me the opportunity to chase after trophies.”

Founded by Harvick and his wife, DeLana, KHI Management offers an array of services from career guidance to brand development. It represents some of the biggest names in NASCAR, UFC, PGA, motocross and music, giving the company an eclectic set of best practices that benefits its client roster exceptionally well.