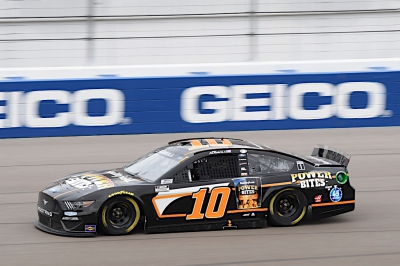 ● A caution for debris was brought out on lap 48. He pitted for four tires, fuel and more adjustments to correct tight-handling conditions.

● He restarted 17th and drove inside the top-15 before handling issues continued to damper his speed.

● Almirola went one lap down toward the end of the stage.

● He pitted at the conclusion of the stage for four fresh tires, fuel and adjustments.

● The caution was called on lap 170 with Almirola one position away from the free pass spot to rejoin the lead lap.

● On lap 179, Almirola endured a flat tire and tried to nurse the Smithfield Ford to pit road. Unfortunately, the tire completely let go while driving into the turn and sent Almirola’s racecar into the wall, causing irreparable damage.