JTG Daugherty Racing and Ryan Preece will honor Corporal Kyle Schneider of the United States Marine Corps on the windshield of the No. 37 Scott Brand Camaro ZL1 1LE for 600 miles this Sunday during the Coca-Cola 600 at Charlotte Motor Speedway. NASCAR is one of the first sports to resume its season since the COVID-19 shutdown in early March, with the 600 Miles of Remembrance program continuing to honor fallen service members during the NASCAR race this Memorial Day Weekend.

Cpl Kyle R. Schneider died Thursday, June 30, 2011 in Helmand Province, Afghanistan, by an improvised explosive device while he was supporting Operation Enduring Freedom. A 2006 graduate of Baker High School in Baldwinsville, N.Y., Cpl Schneider’s life goal was to join the U.S. Marine Corps. He was assigned to the 2nd Battalion, 8th Marine Regiment, 2nd Marine Division II, Marine Expeditionary Force at Camp Lejeune, N.C. The improvised device was the second he had encountered in a month. The first blast knocked him unconscious, sent him to a hospital and left him with a concussion, hearing loss and headaches. Within 48 hours, he was back in the fight. 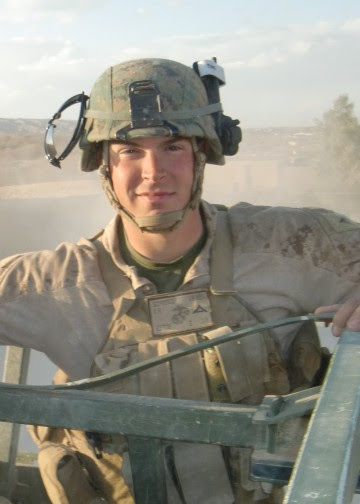 “It is such an honor to have Cpl Kyle Schneider on the windshield of our No. 37 Scott Brand Camaro ZL1 1LE this weekend for the Coca-Cola 600,” Preece said. “The program is such a special tribute to our fallen service members and those currently fighting for our freedom. I am grateful that we are continuing to honor those who dedicated their lives to our country as the world is in unprecedented times and we are slowly returning to racing. This is just a small thing we can do to show our appreciation to Cpl Schneider and his family.”

Cpl Schneider was born on January 8, 1988 in upstate New York. He attended Onondaga Community College before joining the United States Marine Corps and graduating from Marine Corp Recruit Training at Parris Island, S.C. in June of 2008. He then attended the School of Infantry at Camp Geiger, N.C. and earned the Military Occupational Skill of 0311, Infantryman before reporting to Marine Corps Security Force School in Chesapeake, V.A. Serving in 8th & I until 2010, he then volunteered and was transferred to Echo Company, 2nd Battalion, 8th Marine Regiment, 3rd Platoon. In January 2011, he was deployed to Afghanistan in support of Operation Enduring Freedom with the II Marine Expeditionary Force.

Cpl Schneider is being honored on Preece’s No. 37 Chevrolet as part of the NASCAR Salutes Program during the race at Charlotte Motor Speedway this Memorial Day Weekend. NASCAR returned to racing last Sunday at Darlington Raceway following a 71-day shutdown due to the COVID-10 pandemic. The green flag will wave for the Coca-Cola 600 at Charlotte Motor Speedway on May 24 at 6:00 p.m. ET, broadcast on FOX and SiriusXM NASCAR Radio Channel 90.