Spin is the primary sponsor of two custom-painted Ford Mustangs in this year’s inaugural 16-race season of the eNASCAR Heat Pro League, which makes its highly anticipated debut on May 26, 2019. Spin-sponsored competitor, and the first pick of the eNASCAR Heat Pro League on Playstation 4, Slade Gravitt, will drive the No. 21 car, while Casey Gomme will drive the No. 16 Mustang on theXbox Oneplatform. 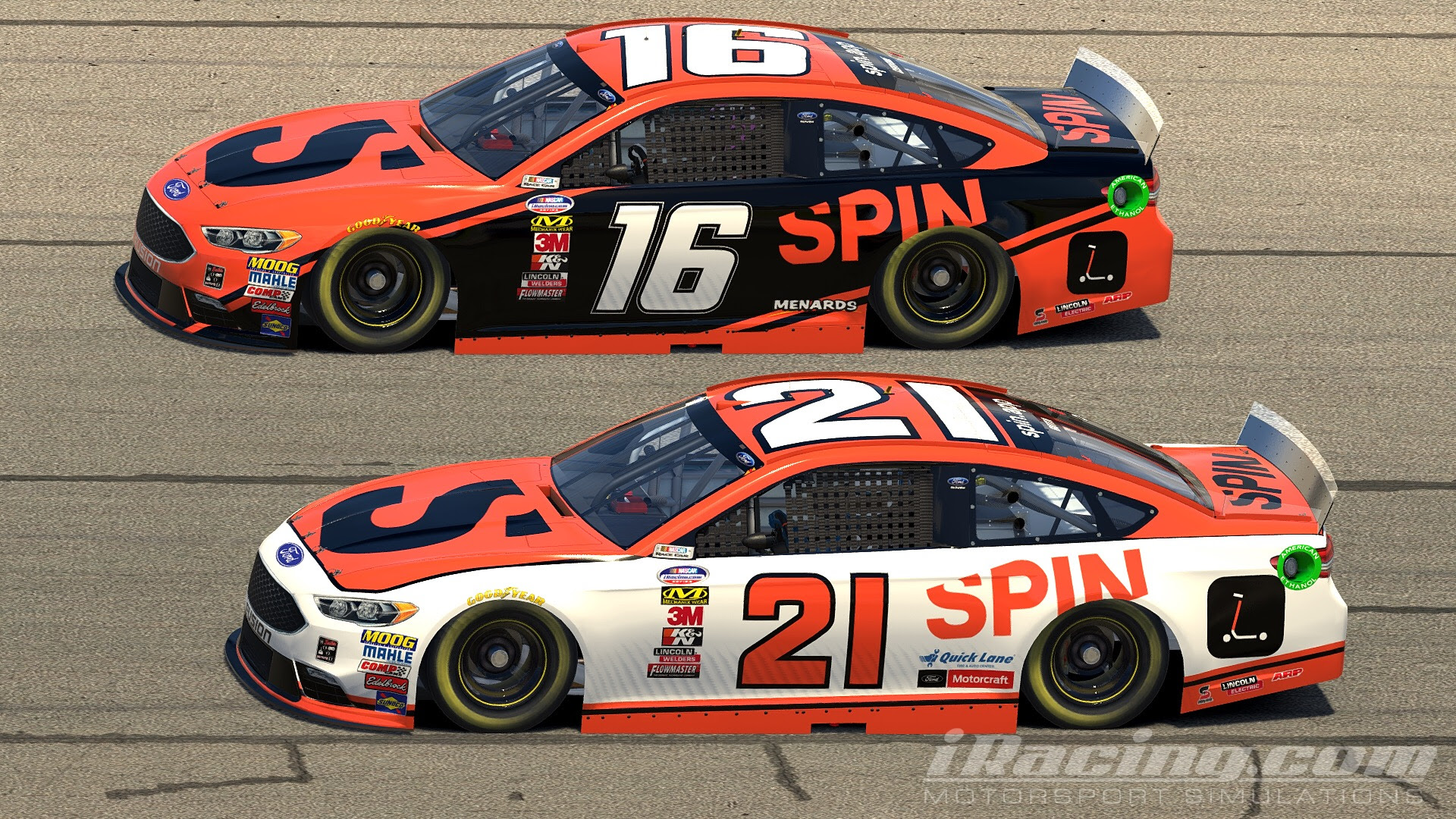 Spin, which is bringing a sustainable first-and-last mile transportation solution by way of scooters, to 100 cities and college campuses this year, will also assume primary sponsorship of two Wood Brothers Mustangs in the eNASCAR PEAK Antifreeze iRacing Series, where competitors use computer-based simulators. The 18-race NASCAR PEAK Antifreeze iRacing Series season is already underway, with Ray Alfalla driving the No. 21 Spin Mustang and Chris Overland piloting the No. 16 Spin Mustang. The Spin entries in both series carry cars numbered 21 and 16, numbers long associated with the Wood’s conventional race cars in the Monster Energy NASCAR Cup Series™.

“Ford’s acquisition of Spin has opened up additional opportunities for us to engage with new audiences in fresh and exciting ways,” said Euwyn Poon, President and co-Founder of Spin. “As we focus on expanding our offerings to different communities across the country, we are pleased to partner with the Wood Brothers, the oldest racing team in NASCAR, to celebrate one of America’s favorite sports on a global digital platform.”

Jon Wood, team co-owner and director of business development for the Wood Brothers, said his team is excited to be representing Spin in the NASCAR world.

“I couldn’t think of a more fitting partner than Spin for our first season in eNASCAR,” Wood said. “The way people are consuming entertainment is changing, and, with that, the conventional ways of marketing are changing, as well. Spin is ahead of the curve, and by being involved in this new venture, they’re able to reach consumers beyond the scope of traditional sports advertising.”

The two eNASCAR leagues feature some of NASCAR’s most notable race teams competing for prize money. Competitors in the NASCAR PEAK Antifreeze iRacing Series will race for $100,000 while the eNASCAR Heat Pro League has cash awards planned for their drivers as well.

The inaugural eNASCAR Heat Pro League race will take place live at Charlotte Motor Speedway at 3:30 p.m. ET at the NASCAR Trackside Live Stage. The races will also be streamed on Twitch at  https://www.twitch.tv/704nascarheat and on Facebook at https://www.facebook.com/704nascarheat/.

For race schedules, driver standings, and other information on the two eSports leagues, visit eNASCAR.com.