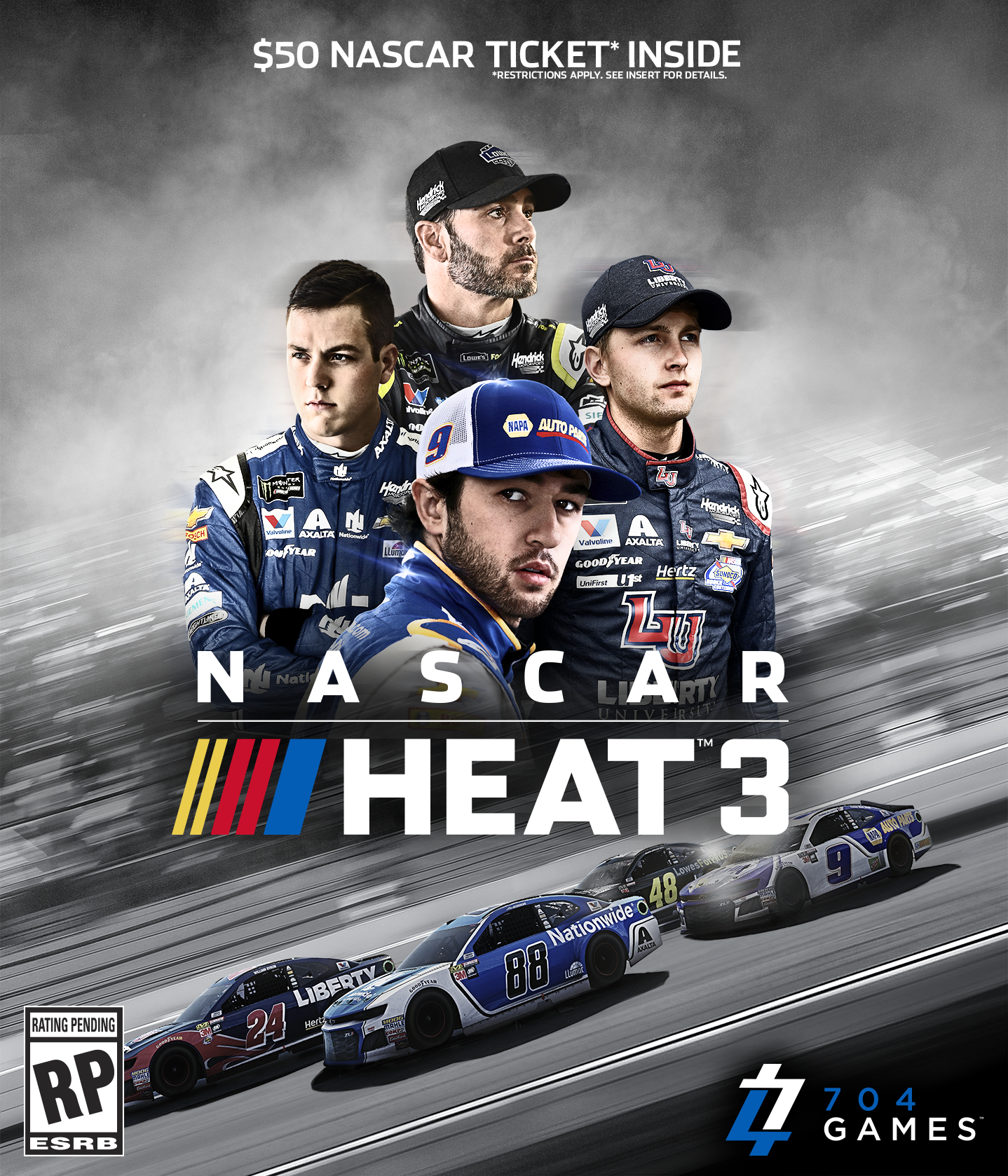 The Xtreme Dirt Tour in NASCAR Heat 3 allows players to compete across eight new dirt tracks. After finding small town success, players will experience authentic NASCAR racing as they build a career in the NASCAR Camping World Truck Series™, NASCAR Xfinity Series™, and Monster Energy NASCAR Cup Series™ alongside the biggest names in motorsports. Players will also be able to manage their own race teams as team owners in NASCAR Heat 3.

"NASCAR Heat 3 will be the biggest NASCAR console game we've ever released," said Paul Brooks, CEO of 704Games. "Partnering with a powerhouse like Hendrick Motorsports, with its exciting combination of drivers, was a natural choice to honor the spirit of innovation and excitement we're delivering to fans in NASCAR Heat 3."

"It's cool to join my three teammates on the cover," said seven-time Monster Energy NASCAR Cup Series champion Johnson, driver of the No. 48 Lowe's Chevrolet Camaro ZL1. "A big part of our fanbase has a passion for gaming and for the NASCAR Heat franchise in particular. The details incorporated into the new game are amazing and will give players a really fun experience."

NASCAR Heat 3 has also expanded its race-ticket coupon program, established with NASCAR Heat 2. Fans who purchase or pre-order NASCAR Heat 3 at retail will receive a $50 race-ticket coupon. Coupons can be redeemed toward the purchase of any ticket for a NASCAR-sanctioned event at any one of Speedway Motorsports, Inc.'s eight tracks, as well as Dover International Speedway and Indianapolis Motor Speedway, through 2019.*

"We love being able to deliver this massive value to our customers," Brooks continued. "With the $50 race-ticket coupon inside the game, NASCAR Heat 3 is basically free for NASCAR fans planning to attend a race."

NASCAR Heat 3 is available to pre-order today for $49.99 via Amazon, Best Buy, GameStop and Walmart with digital pre-orders available soon. Additional information will be available in the coming weeks on the game's official website: www.NASCARHeat.com. Fans can also follow NASCAR Heat 3 on Instagram, Twitter and Facebook for the latest updates.