Stewart-Haas Racing, the championship-winning NASCAR team co-owned by Tony Stewart and Gene Haas, is bringing back the fan club. 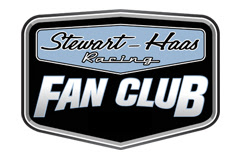 With the digital age creating a brave new world of engagement, old-school interaction has fallen by the wayside. Stewart-Haas Racing aims to reverse this trend by re-establishing the fan club, which was once a hallmark of NASCAR and the personalities involved in America’s most popular form of motorsports.

At no cost, the SHR Fan Club will offer fans numerous chances to win cool gear and, most importantly, access to the inner workings of Stewart-Haas Racing. Meet-and-greets with team personalities at the track and VIP events at its race shop will be available to SHR Fan Club members. To join, simply sign up at www.StewartHaasRacing.com/FanClub.

“Growing up, I can remember drivers having their own fan clubs, and as my career started to take hold, we created the Tony Stewart Fan Club. We’ve all kind of gotten away from that, and now is the time to bring it back,” said Stewart, the three-time Monster Energy NASCAR Cup Series champion.

“There’s a lot of pride at Stewart-Haas Racing, and that pride comes from this race team being filled with racers. In fact, I’d call us old school, where the attire is more T-shirt and jeans and less suit and tie. And what’s more old school than a fan club? Ours doesn’t cost a thing, and what fans get in return is access. It’s more than a peek behind the curtain. It’s an opportunity to be a part of our race team.”

The first event highlighted on www.StewartHaasRacing.com/FanClub is June 1 at Pocono (Pa.) Raceway. Following Busch Pole qualifying at the 2.5-mile triangle, every SHR driver will appear at the track’s infield stage for a question-and-answer session with fans, where SHR Fan Club members can enjoy the happenings from a premium seating area at the front of the stage.

More appearances and activities will follow, but the signature event will be a designated SHR Fan Club day at the team’s headquarters in Kannapolis, North Carolina, surrounding the Sept. 28-30 Bank of America 500 race weekend at Charlotte (N.C.) Motor Speedway. A date, time and other specifics will be announced at a later date.