A new era in Chevrolet motorsports starts today with the introduction of the Camaro ZL1 as the new race car for the Monster Energy NASCAR Cup Series.

“Chevrolet, Camaro and ZL1 are all synonymous with winning, both on and off the track,” said Reuss. “We are thrilled to run Camaro in the NASCAR Cup Series next year, with the time-honored and track-tested ZL1 badge, and we’re just as excited for our drivers, teams, fans and customers.”

The Camaro ZL1 will make its competition debut next February during Daytona Speedweeks, which kicks off the 2018 NASCAR season. It will join the Camaro SS, which has been Chevrolet’s entry in the NASCAR XFINITY Series since 2013.

“The new Camaro ZL1 is a great-looking race car with a lot of heritage behind it, which will make it a big hit with fans,” said Johnson. “And as someone who’s enjoyed the ZL1 on the street, I’m really looking forward to getting this new race car on the track.”

“Racers have long relied on Camaro to win races and championships in amateur and professional sports car and drag racing, as well as the NASCAR XFINITY Series,” said Jim Campbell, vice president, Performance Vehicles and Motorsports. “We look forward to racing the Camaro ZL1 in the premier Monster Energy NASCAR Cup Series.”

The Camaro ZL1 brings a unique, track-focused legacy to NASCAR. The ZL1 name was originally bestowed in the 1960s on a Chevrolet-developed all-aluminum racing engine that became a dominating force in road 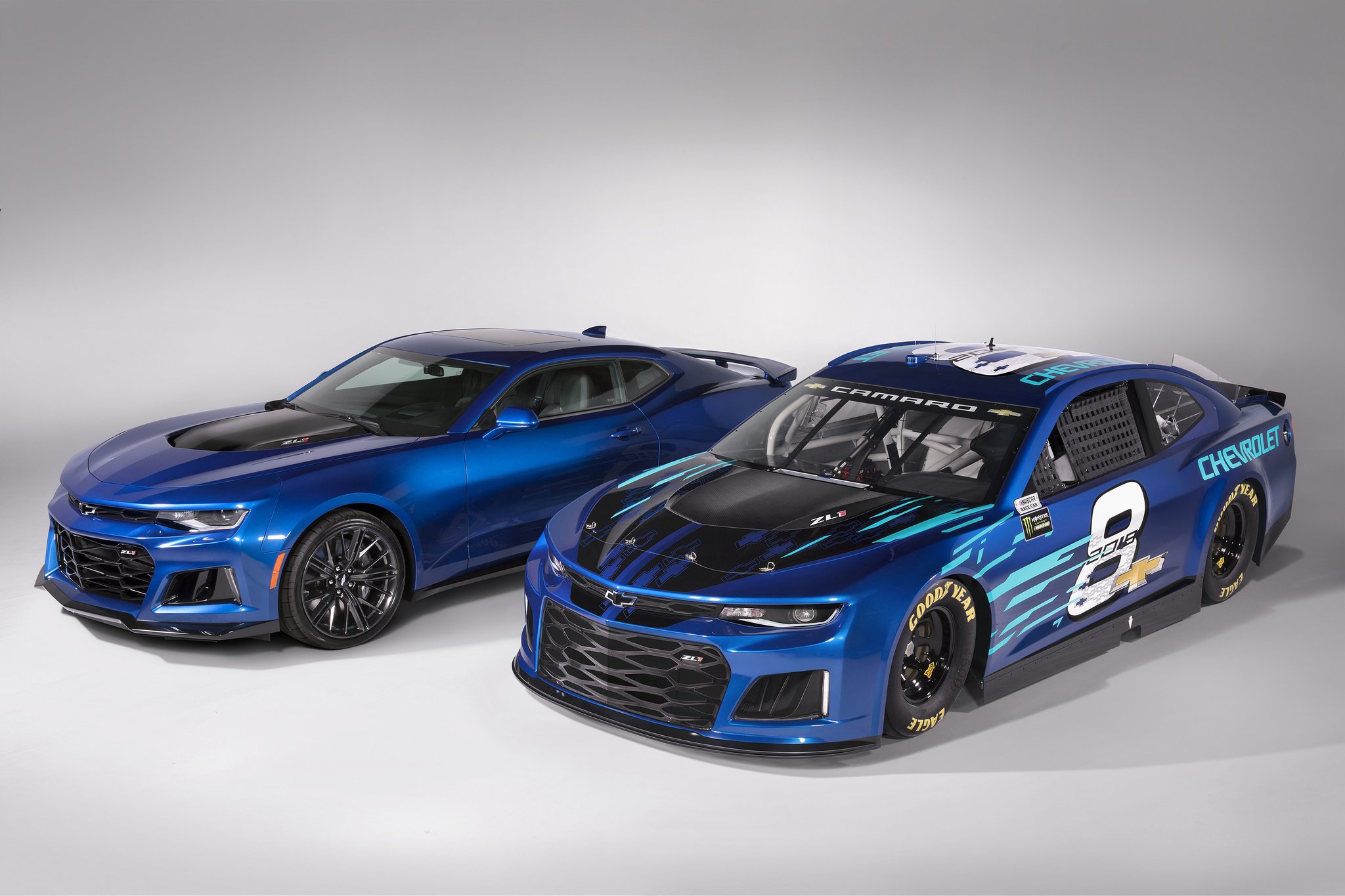 racing. In 1969, a few enterprising dealers used Chevrolet’s special-order system to get the ZL1 engine installed in 69 regular-production Camaros. The cars became instant legends on the street and dragstrip.

More than 40 years later, Chevrolet reintroduced the ZL1 as the ultimate performance Camaro, developed to offer track-capable performance straight off the showroom floor. The 2018 Camaro ZL1 is powered by a 650-horsepower supercharged engine featuring a similar 90-degree V-8 configuration as the Cup racing engines.

The new Camaro ZL1 race car builds on a winning legacy carried by the previous Chevrolet SS, which has scored 70 Cup Series wins to date and contributed to Chevrolet earning a record 39 NASCAR manufacturer titles — including 13 consecutive titles from 2003-2015.

Chevrolet drivers have also achieved a record 30 Cup championships, including Jimmie Johnson in 2016.