Ryan Blaney and the Motorcraft/Quick Lane team head into the Monster Energy All-Star weekend at Charlotte Motor Speedway needing a stage win in the preliminary Monster Energy Open to earn a berth in the main event.

But as Michael Waltrip’s victory in the 1996 All-Star race proves, it is possible for an Open driver, one who hasn’t won a points-paying Cup race in the past two seasons, to win the main event.

Waltrip, driving the Wood Brothers’ No. 21 Ford, finished fifth in the Winston Open back in ’96, but went on to win the main event, then known as the Winston, becoming the first Open driver to win it all.

For Blaney and the Motorcraft/Quick Lane team, the initial challenge is to win one of the three stages of the Open, which will be run in three segments – two 20-lappers followed by a 10-lap finale. One additional driver will earn a starting spot by winning a fan vote.

In 1996, Waltrip’s first year with the Wood Brothers and his 12th in NASCAR’s elite series, the team came to Charlotte with four top-10 runs to start the season.

Engine builder Danny Glad had prepared a particularly powerful engine, and Waltrip and the team’s current co-owners Len and Eddie Wood had collaborated on the chassis set-up.

“Michael was always good about keeping good notes, so he had good ideas about what he wanted under the car,” Eddie Wood said.

To win the final transfer spot, Waltrip had to outrun Johnny Benson, driving the No. 30 Pontiac that Waltrip had left to join the Woods. But a lesson learned in that race played a major role in his win in the main event. 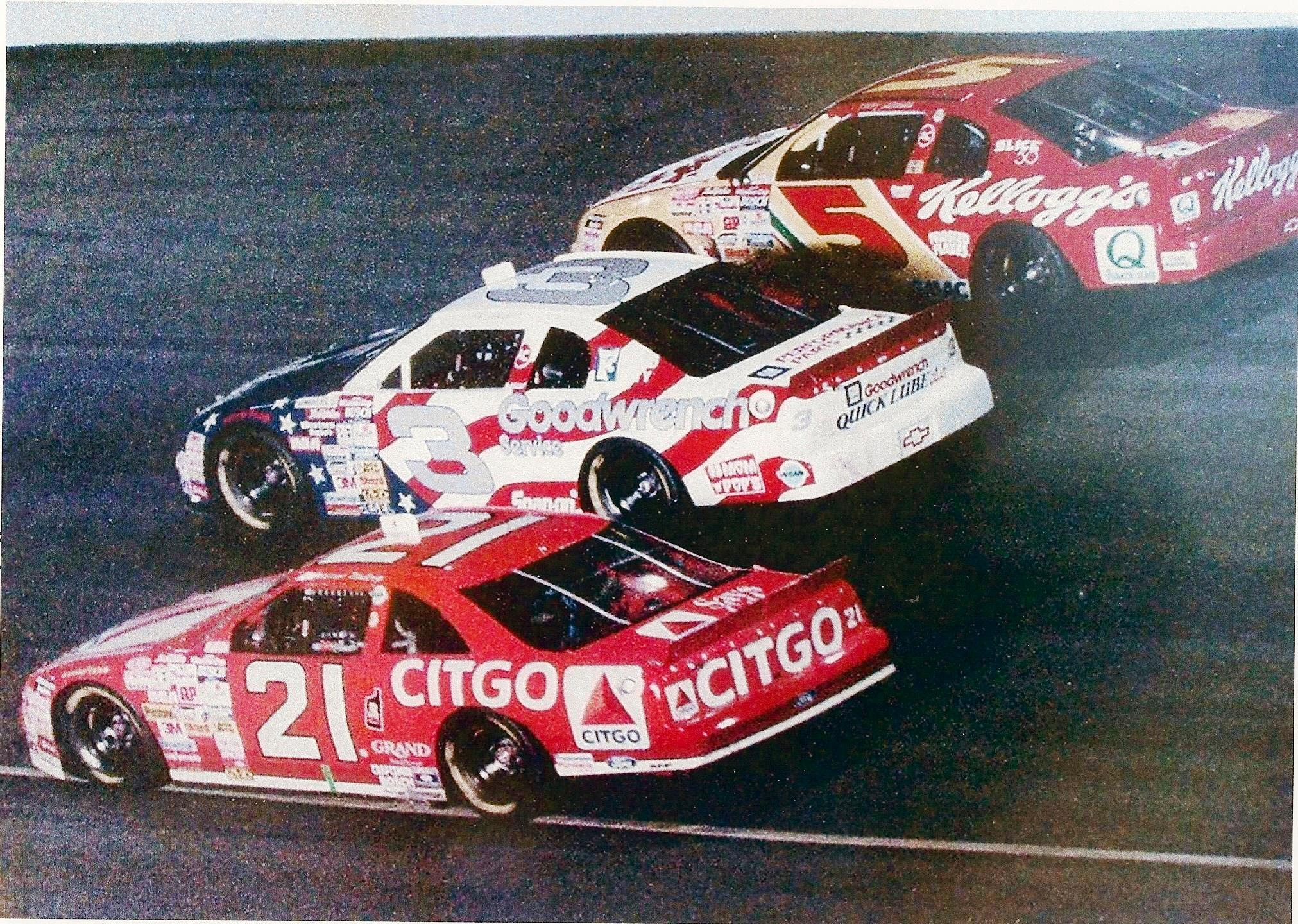 “I had been sort of running in the middle in [Turn Three], and the way my car was handling it was really tight,” Waltrip recalled years later. “I didn’t know what would happen if I went to the bottom because it could have pushed and messed me up. But I did it, and I was able to make it stick, and when I came off Turn Four I noticed I had put a couple of carlengths on [Benson].

“I did that again another lap and it got better. I found something battling with Johnny late in the Open that I used the rest of the night.”

Once the team qualified for the All-Star race, there was little time to change anything.

“I think we put spring rubbers on all four springs to give us some adjustability, but since the Open, like this year, was run just before the Winston, there wasn’t time to do much,” Wood recalled.

There also was little time to tinker with tires, which was a big focus for race teams at that time.

“We had all built tire dynos to check things like sidewall stiffness,” Wood said, adding that he was relieved when NASCAR later outlawed the use of the tire dynos. “That night, we rolled our tires over from the Goodyear building and ran them without sizing them or anything.

“We just bolted them on and raced them.”

In the Winston, Waltrip started in the rear of the field and raced his way into 10th place by the end of the first segment.

The field was inverted at that point, but Waltrip had decided not to play games, figuring that it was more important to know how his car would perform moving through the field than to lay back and get a better starting spot for the next segment.

He finished fourth in the second segment, which put him starting fourth in the run for the big money - $200,000 at that time compared to $1 million this weekend.

On his way to victory, Waltrip passed some of the sport’s all-time best drivers – Rusty Wallace, Terry Labonte and the late Dale Earnhardt.

“Going into Turn One, Dale got a little bit loose, and he and Terry bumped. As fast as I could, I turned left and held it on the bottom and passed them both.”

From then on it was Waltrip’s race to lose, but he never bobbled.

“I ran the best eight and a half laps of my career at that point,” he said. “I hit it perfectly and was able to hold Rusty off and win.” 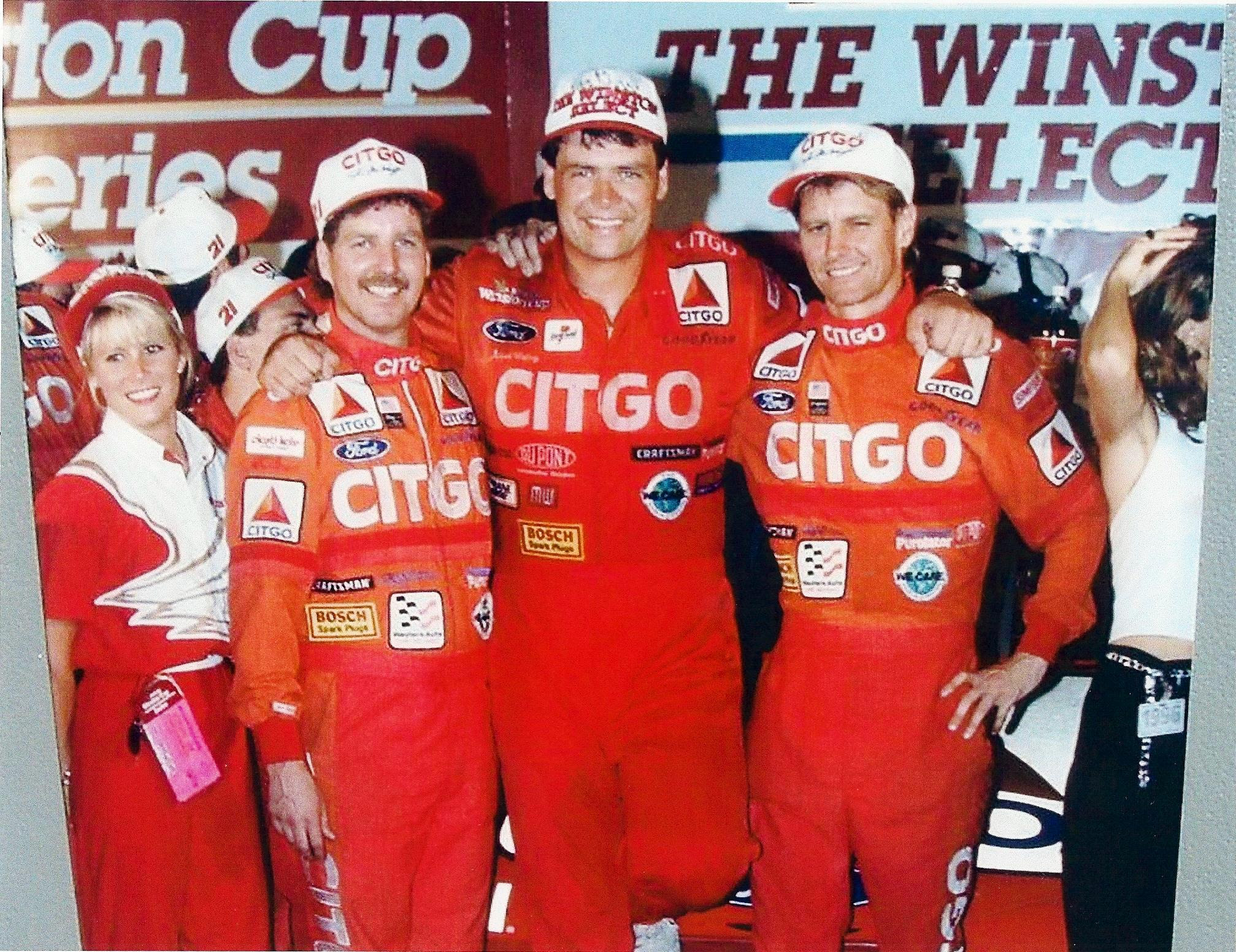 For the Wood Brothers, the victory was their most lucrative up to that point, and it provided them with a victory that bridged the gap between Morgan Shepherd’s victory at Atlanta Motor Speedway in 1993 and Elliott Sadler’s win at Bristol Motor Speedway in 2001.

And as Len Wood has often pointed out, it was a major win, even if no championship points were awarded.

“The winner’s check was a little over $211,000,” he said. “Some people said that win didn’t count because it didn’t pay points, but it counted at the bank.”

The All-Star race is scheduled to start just after 8 p.m. with TV coverage on Fox Sports 1.