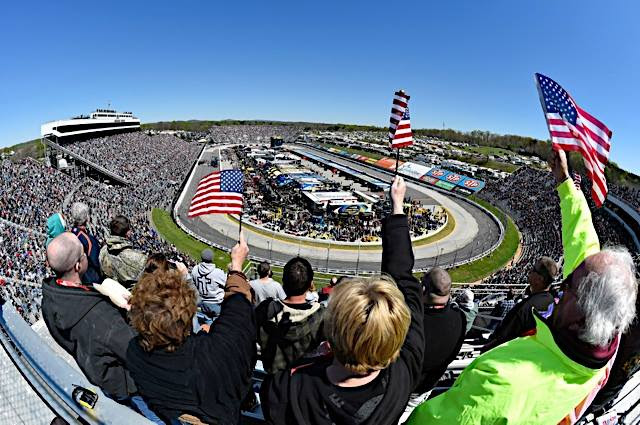 For Eddie Wood, co-owner of the No. 21 Motorcraft/Quick Lane Ford Fusion, this weekend’s STP 500 at Martinsville Speedway is all about the three Hs – home, history and hot dogs.

Martinsville Speedway is the home track for the Wood Brothers team, which has its roots in nearby Stuart, Va., just a 28-mile ride down U.S. 220 from the track.

The track also is just a short 45-minute drive from High Point, N.C., where driver Ryan Blaney grew up.

And it’s also the home track for the team’s crew chief Jeremy Bullins, who grew up a half-hour away in Walnut Grove, N.C.

Then there’s the history of the track, now celebrating its 70th anniversary. Martinsville is the only track that has been on the Cup schedule since the start of NASCAR. Although the original dirt surface was paved in 1955, the layout of the track remains basically the same.

“The track is the same size and shape as it was in the beginning,” Wood said. “The grandstands are modern, but they’re in the same place the original ones were. The only major change is they moved the railroad tracks further away from they backstretch.”

The Woods have been a big part of Martinsville history over the years, as the team has competed in a variety of NASCAR divisions at the track, including the Cup series.

Two of the original members of the Wood Brothers team, Glen and Leonard Wood watched the track’s first-ever Cup race from a vantage point on the backstretch.

And it was at Martinsville in 1953 that Glen Wood made his first Cup start, in a 1953 Lincoln. The official payout from that race shows he won $25, which did not deter him from returning to the track where he went on to score four Cup poles, a second-place finish and two thirds.

Heading into the weekend, the Woods have made 111 Cup starts at Martinsville, with two wins – one by Cale Yarborough and another by David Pearson – along with 28 top-five and 42 top-10 finishes plus eight poles.

Eddie Wood has seen both his father Glen and his son Jon win races at Martinsville.

Eddie Wood was present in 1960 when his dad won a Modified Division race in a 1937 Ford known then and now as the Backseater.

That car gets its name from the fact that the Woods, taking advantage of the more liberal rules of the Modified division, moved the engine so far back that the driver’s seat was pushed back to where the back seat normally would be.

Eddie Wood, along with Glen Wood, were on hand in 2003 when Jon Wood won a Camping World Truck Series race at Martinsville. 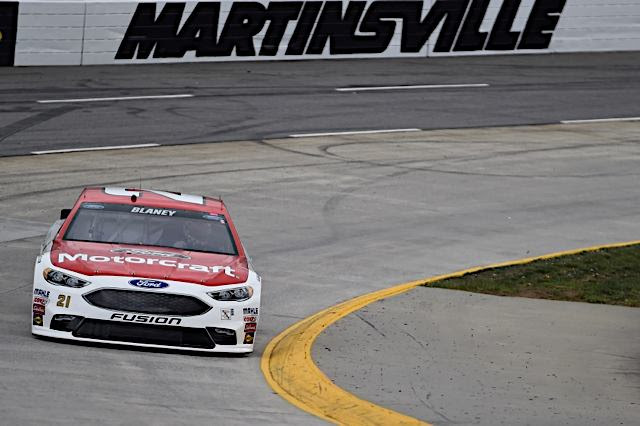 This weekend, in addition to seeing Ryan Blaney try to continue his early season run of success in the Motorcraft/Quick Lane Fusion, the Woods will be there to see their long-time supporter Edsel B. Ford II serve as honorary pace car driver and wheel a Ford Shelby 350GT at the head of the field just prior to the start of Sunday’s race.

“It’s going to be really cool to have Edsel Ford driving the pace car, and it will be an honor to be able to show him around our home track,” Wood said.

Then there are the Martinsville hot dogs, the track’s signature concession item which for years has been wildly popular both inside the garage and in the grandstands.

“I usually average eight or 10 a day,” Wood said. “I eat them for breakfast and lunch, and then grab a few to eat on the ride home.

“They’re like potato chips. You just can’t put them down.”

Qualifying for the STP 500 is set for Friday at 4:35 p.m. Eastern Time, and the race is scheduled to start just after 2 p.m. Sunday with TV coverage on FoxSports 1.