Wood Brothers Remember Buddy Baker As “One Of The Great Ones"

Speedway Digest Staff
NASCAR Cup Series News
Wednesday, Aug 12 2072
As the NASCAR world looks back on the career accomplishments of Elzie Wylie “Buddy” Baker, who died Monday of cancer at age 74, an interesting trend emerges.  Throughout a driving career that saw him win 19 races and 38 poles in the series now known as Sprint Cup, he was often paired with some of the sport’s greatest competitors, many of whom are already in the NASCAR Hall of Fame.

He drove for Glen and Leonard Wood, for Bud Moore and Cotton Owens, for the Pettys; Lee, Richard and Maurice, and for his own father, Buck Baker.

All of them realized that Baker, who had a reputation from the beginning as being a lead-foot, also was smart enough to get his cars to Victory Lane on some of the sport’s biggest stages, including the Daytona 500, the Southern 500 and the Coca-Cola 600, which he won three times.  In addition to the more popular wins, he found success at other places, like at Martinsville Speedway, where in 1979 he won over the all-time win king at Martinsville, Richard Petty.

“Looking at the people he drove for and was around, not to mention his bloodline, it all comes back to the Hall of Fame,” said Eddie Wood, co-owner of the Wood Brothers team that employed Baker in the 1983 and 1984 seasons and now fields the Motorcraft/Quick Lane Ford Fusion that Ryan Blaney will drive this weekend at Michigan International Speedway. “I feel sure Buddy will be inducted too, hopefully next year.”

It was with the Woods that Baker got both the final win and the final pole of his career. Win No. 19 came in the Firecracker 400 at Daytona in 1983, and his final pole came the next year at Atlanta Motor Speedway, where Baker remains tied with Ryan Newman as the track’s all-time pole winner. 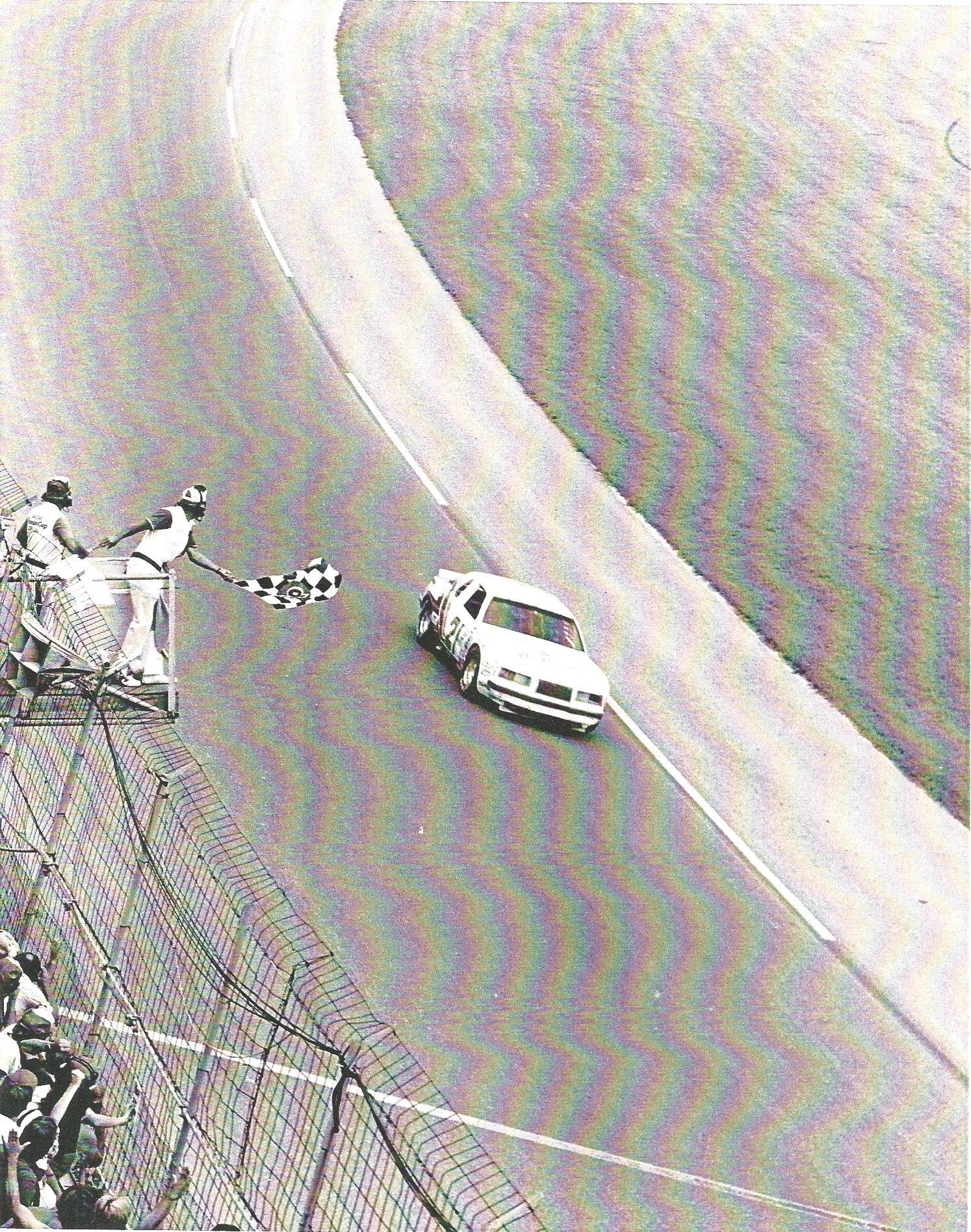 Wood said that at Daytona in ’83, the Wood Brothers Ford and the Chevrolet of Terry Labonte were the dominant cars, with Baker leading a race-high 45 laps to Labonte’s 43.

As the laps wound down, the Wood Brothers crew, led at that time by Leonard Wood, adopted a fuel-mileage strategy as did Labonte’s team.

As it turned out, Labonte ran dry coming to the white flag, while Baker made it to the frontstretch on the final lap before running out. He coasted across the line twenty-nine seconds ahead of runner-up Morgan Shepherd.

Baker raced on for ten more years after leaving the Wood Brothers and then became a broadcaster, where his wit and intelligence, combined with his appreciation of the sport, made him one of the most popular people to ever sit behind a microphone on TV or radio.

Eddie Wood said one of the things that set Baker apart from his broadcasting peers was his outlook on his job, from his racing days to his time on TV and radio.

“Buddy always said it was a privilege and an honor to be a part of the sport, and he truly believed that,” Wood said, pointing out that Baker was a true professional, always dressing properly whenever he was representing the sport. “He had a natural respect for racing that was unparalleled.”

Wood said that Baker, knowing he was facing a losing battle with cancer, showed great class and courage as he tried to prepare his friends and fans for what lay ahead.

“He said that after he was gone he wanted people to smile when they heard his name, and he meant it,” Wood said.

“And, using his sense of humor, he let people know that he wasn’t afraid of death by telling them that if he had been afraid of dying, he would have never driven a race car to start with.

“That was typical of him. He had a way of taking something simple and “Bakerizing” it so that it would be funny and also make sense.

He was one of the great ones.”

For this weekend’s Pure Michigan 400 at Michigan International Speedway, where Baker finished in the top 10 in all four of his starts in the No. 21, the Motorcraft/Quick Lane Fusion will carry a special logo honoring Baker and his final Cup victory.