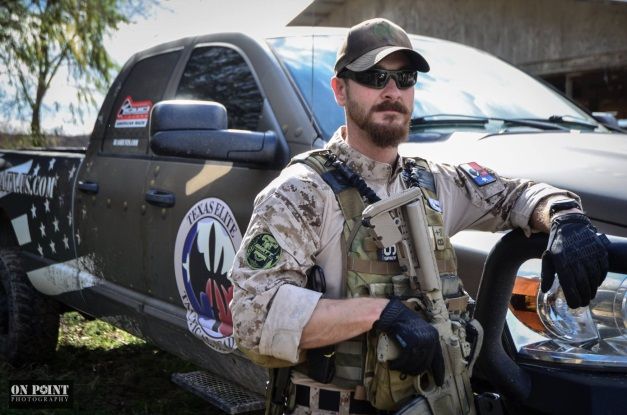 Jeff Kyle, 37, of Lorena, Texas is a retired U.S. Marine Corp Sergeant who served for eight years from 2000 – 2008 in the infantry and reserves. While serving with the 3rd Marine Division, Kyle received the Navy Achievement Medal for leading the first Marine detachment to transport a nuclear submarine through hostile waters. During his time in the military, Kyle was deployed to Iraq twice, Africa and several other locations overseas. When Kyle retired from the Marine Corp in 2008 he says, “My military career didn’t start until I left because now I am able to truly serve my country through helping my fellow brothers.” As one of the founders of Texas Elite Tactical Academy, Kyle trains individuals about firearms safety through his passion to educate those in a safe environment. As a board member for the Guardian For Heroes Foundation, Kyle helps to oversee the organization’s mission – to provide free, in-home fitness equipment, facilitation of donated health club memberships, individualized programs, personal training, as well as life coaching and comprehensive support to in-need veterans with disabilities. In addition, Kyle plays a large role as a board member of American Valor, the foundation which runs the memorial benefit to honor his brother, CPO and U.S. Navy SEAL Chris Kyle. Nominated by the person he considers one of his heroes, former 2014 “Your Hero’s Name Here” race namesake John Wayne Walding, Kyle continues to dedicate his efforts to champion for military veterans and their families. 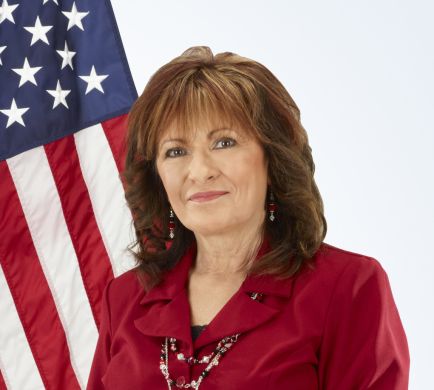 Margy Bons, 59, of Phoenix, Ariz. is the CEO and Founder of the Military Assistance Mission (MAM). In 2005, her oldest son Michael was serving his country in Iraq when he was killed in an ambush by a suicide borne vehicle filled with IEDs. In an effort to honor her son and continue what he started, Bons created an organization with a name that contains Michael’s initials. Formed in 2012, MAM’s mission is to provide financial and moral aid to Arizona service members, wounded warriors and their families. MAM offers a number of programs to meet their needs including paying for items like rent, utilities and car payments and offering classes on resume writing. Last year alone the organization was able to help over 7,000 Arizona families. “There are so many true heroes out there. I get to support them every day, so I am very honored and humbled to be considered a hero,” said Bons. When Bons is not working at her organization, she can be found riding her motorcycle or enjoying her newfound hobby of target shooting. 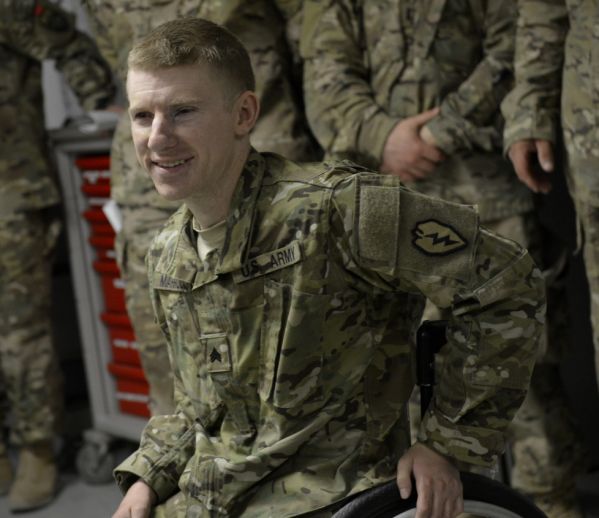 Brendan Marrocco, 28, of Staten Island, N.Y. is a retired Army Sergeant who was deployed in 2008 in support of Operation Iraqi Freedom. On Easter Sunday, April 12, 2009, Marrocco’s vehicle was hit with an Explosive Fired Projectile (EFP). This attack left Marrocco a quadruple amputee and the first ever U.S. soldier to survive such injuries sustained in the war. He credits his lieutenant and medic for his survival and looks up to them as his personal heroes. A determined individual, Marrocco set a goal for himself to greet his fellow soldiers returning from Iraq just four months after his injury. “It was a huge goal for me and it was an once-in-a-lifetime experience that I will cherish forever,” said Marrocco. In December 2012, Marrocco underwent transplant surgery and was the first bilateral arm transplant recipient at The Johns Hopkins Hospital. Since the surgery, he continues to receive intensive arm therapy at Walter Reed Army Medical Center. An avid race fan and car enthusiast, Marrocco went to the Daytona, Bristol, Richmond and Dover races last year and would have gone to more if not for touring Afghanistan for Operation Proper Exit. Marrocco has yet to attend the “Your Hero’s Name Here” 400 in Indianapolis and is excited for the opportunity to take the trip in July and see his favorite driver and friend, Brad Keselowski. 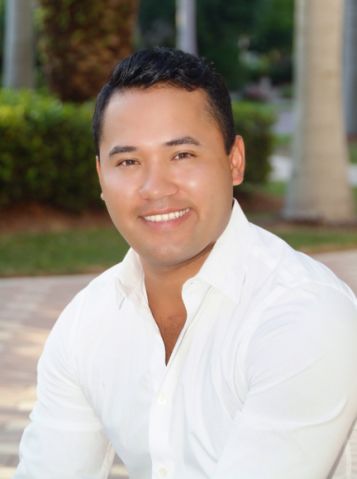 Hector Manley, 26, of Bonita Springs, Fla. lost both legs at age 11 in a tragic accident when a 7.7 magnitude earthquake struck his birth country, El Salvador in 2001. Soon after, Manley was adopted and brought to the United States where he has flourished as a community leader, volunteer and teacher. In 2012, Manley became the first double amputee to kayak the entire length of the Mississippi River. This summer adventure took Manley 93 days and, through a partnership with Rotary Clubs, he was able to raise $70,000 dollars for the Wheelchair Foundation. As a result, in 2013 he and a group of others were able to distribute over 450 wheelchairs to people in need in El Salvador and Honduras. Manley continues to raise money for charities through events including Tough Mudder races. “If I could describe myself in one word it would be driven. I look at the challenges in front of me and put a plan in place so that nothing seems impossible,” said Manley. Introduced to NASCAR at age 13, Manley has been a fan ever since and a follower of his favorite driver, Tony Stewart.

Benjamin Parker, 28, of Cincinnati, Ohio is a retired Army Staff Sergeant who was deployed to Afghanistan twice as an Explosive Ordnance Disposal Team Leader. Safely disarming more than 300 IEDs and saving countless lives during his tours of duty, Parker received two bronze stars for his bravery. “I don’t consider what I did heroic. I was just doing my job,” said Parker.  “I am deeply honored and humbled to be a finalist.” After his second tour, Parker returned home and was diagnosed with Multiple Sclerosis. Devastated to have to end his army career, Parker decided to pursue another passion. Against all odds, he received his pilot’s license and now works as an aircraft mechanic. Born in Indianapolis, Parker is an avid NASCAR fan who used to set alarms and call his dad from a satellite phone overseas so they could watch races together. Parker looks forward to returning to the “Your Hero’s Name Here” 400 as a finalist to watch his favorite driver, Dale Earnhardt Jr.

Beginning this week, adult consumers can go to CrownRoyalHeroes.com to vote for the hero they think is most deserving of naming rights to the race. Voting runs through June 7th and the grand prize winner will be announced early that month.