With about three weeks since the launch of the new 24/7 sports network, already they have made a mistake covering NASCAR. Fox Sports One replaced the only American dedicated Motorsports channel back in mid August of last month.

Yesterday on Crowd Goes Wild, Fox Sports One made one of the biggest mistakes to ever happen on a sports television network. The network got Atlanta winner Kyle Busch mixed up with his brother Kurt Busch and actually had a valid story that Kurt won the race.

Many people last evening responded to me in shock after posting this picture that Gina Navarra (@OfficialGinaN) posted on Facebook of the mistake. 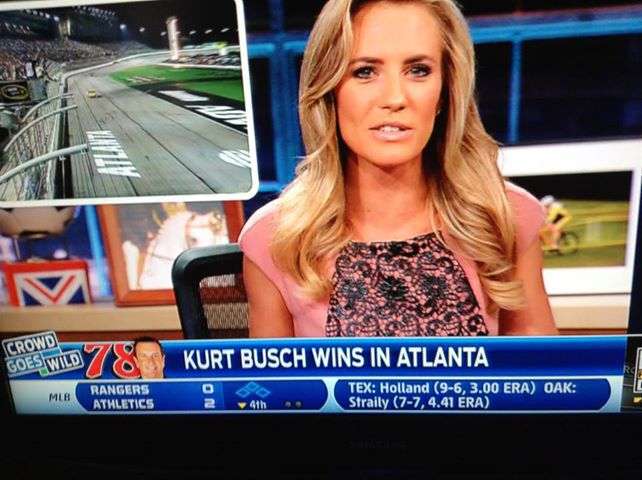 Many fans have gone out in full-force tweeting their displeasures with Fox on taking away the speed channel. The weeks leading up to the channel switch, Fox said fans would not notice any differences in practice and qualifying coverage that it would stay the same.

By this lack of effort on the Fox Sports One network, many NASCAR fans are questioning if they really care about NASCAR coverage or more for football, baseball, or college football.

In my honest opinion, these new television contracts starting in 2015 could shift the NASCAR media industry in a very bad negative way. With less coverage already of the sport by newspapers, television shows, and magazines its already showing a negative impact.