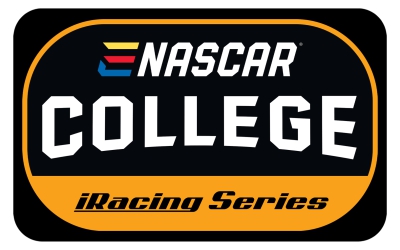 NASCAR continues to expand into the fast-growing world of college esports, announcing the fall season of its eNASCAR College iRacing Series. The four-race schedule kicks off at Homestead-Miami Speedway on Tuesday, September 20 with students eligible to qualify for the season-opener through a 10-day time attack window.

“Expanding our presence in the college esports arena is important as we continue to reach new demographics and introduce them to the sport of NASCAR,” said Ray Smith, Director of Gaming and Esports at NASCAR. “We’re looking forward to building on a successful spring semester and having more students explore the many opportunities NASCAR and our partners can offer them in their college years and beyond.”

“Our work with NASCAR has always been in the spirit of inspiring and giving back to communities,” said Matt Lederer, Comcast’s Vice President, Brand Partnerships and Amplification. “Joining the eNASCAR College iRacing Series as a presenting partner gives Xfinity the opportunity to reach a younger generation of NASCAR fans while providing new avenues to education for college students and encouraging them to explore new opportunities.”

Through the support of its partners, the eNASCAR Scholarship Fund also returns, awarding the highest finishers a combined $60,000 in scholarships.

More than 13,000 students are eligible to compete in the series through NACE Starleague, which was established in 2021 as a strategic partnership between the National Association of Collegiate Esports (NACE) and Playfly Esports. Each time attack is open to all eligible students with the top 40 students who post the fastest qualifying times advancing to the race.

Competition will once again be led via iRacing.com, the official simulation partner of NASCAR, which provides one of the top online racing simulation portals and features officially-sanctioned, laser-scanned replicas of race tracks around the world.

For more information or to register, visit https://www.enascar.com or http://playflyesports.com/.

*Tentative and subject to change