The Rise of E-Racing 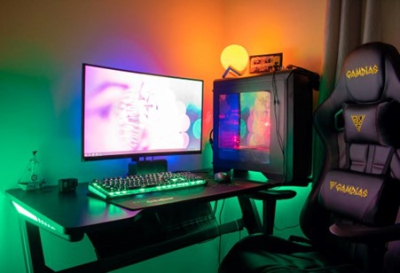 Over the last 20 or so years, we’ve seen the video game change from a weekend hobby surrounded by soft drink cans and pizza boxes to a professional pursuit where millions and millions of dollars change hands through prize pools, sponsorship agreements and player wages. This rise has been one over time, with games falling in and out of favour year by year with few that have stuck around for a long time. Today we find the world of competitive simulation racing holding that zeitgeist seat of popularity.

In fact, there is probably no single genre of video game or competitive video game that has seen such a quick and prolific rise in popularity in recent times than that of competitive video game racing (also called e-racing or iRacing). There are a few reasons and things that have contributed to this almost instant rise in popularity, both in and out of video games themselves. Several terrestrial channels are even getting in on this action, and the bookmakers and betting sites are close behind, allowing punters to bet just like they would on real races (and which you still can - more information here).

But how did this happen?

There Was New Interest in Formula One

A few years ago, Netflix partnered with the biggest and most popular racing league in the world – Formula One – to produce a documentary of a season of the sport. The show is called Drive to Survive, and in 2022, Netflix produced and broadcast the fourth season of this enormously popular show. It loosely follows the teams and drivers of Formula One around the world and documents their season for the world to see. While it might take some flak for not being completely truthful about the rivalries and story arcs it comes dangerously close to manufacturing, it has become a smash hit, particularly in the United States, where Formula One has traditionally not gained the same level of popularity as NASCAR and Indy Car. Drive to Survive changed that and gave Formula One a renewed and much bigger interest in America.

The filming and release of the show was something of a marketing masterclass on the part of Formula One, which is no surprise given that the league is owned by enormous Liberty Media group, who bought a controlling stake in the Formula One Group in early 2017.

This seemingly unrelated story is a crucial step in our story of how e-racing has risen to popularity.

The timing of Drive to Survive and the renewed popularity of Formula One in and out of the United States couldn’t have been better for e-racing when the world entered lockdown at the start of 2020. Just hours before the Melbourne Grand Prix lights were meant to go out to mark the start of the race, Formula One cancelled it as well as some of the following races because of difficulty in international travel, leaving a hole in the racing calendar and in the hearts of Formula One fans the globe over.

All hope wasn’t lost however, because that lost entertainment could be replaced for some. The existence of the official F1 video game was there to offer broadcasters an alternative to the real thing. Real Formula One drivers started playing and competing in virtual competitions and viewers eagerly tuned in to watch this unique spectacle.

Young race fans eagerly watched on, the seed now firmly planted – they could race and compete on these simulators just like the real Formula One drivers. For some very lucky fans, they would even get to compete against these racing drivers.

The Development of Racing Simulators

While everything that happened in our story so far played a monumental part in brining e-racing to popularity, truthfully the e-racing landscape was already on an upward trajectory thanks to the release of several ultra-realistic and incredibly popular racing simulators like Assetto Corsa Competizione (ACC). Augmented with more arcade-like games like GRID and Forza Horizon and Forza Motorsport that were accessible to those that didn’t want to learn the intricacies of corner apexes and braking zones, these games and their realism led the players to yearn for a more realistic controller setup.

Soon, paired with the popularity of real racing, the low bar for entry of e-racing and the incredibly realistic games and racing rig setups available to anyone who wanted them and could afford them, e-racing exploded in popularity. Thus, we find ourselves in 2021 and early 2022 with a genre of competitive gaming that still hasn’t reached the peak of the popularity is it ultimately likely to reach.

The next time you see the broadcast or online video showcasing the best in e-racing, spend a moment appreciating just how the pieces of a jigsaw puzzle can fall perfectly into place to give rise to something and catapult the popularity into the mainstream - with a little help from some deep pocketed backers and enormous brands, of course.