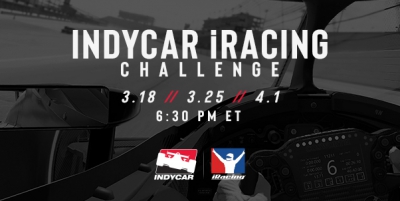 A packed lineup of NTT INDYCAR SERIES stars will return to compete in Season 2 of the popular INDYCAR iRacing Challenge, which starts Thursday, March 18.

The virtual series involving NTT INDYCAR SERIES drivers made its debut last spring to the enjoyment of race fans across the globe during the early days of the COVID-19 pandemic. This year, it’s set to build up to the series’ 2021 opener Sunday, April 18 at Barber Motorsports Park.

Each race will be streamed live on INDYCAR.com, along with INDYCAR’s YouTube channel and Facebook page, and iRacing’s YouTube channel. Secondary channels also will be available from NTT INDYCAR SERIES drivers’ personal accounts.

“The first season of the INDYCAR iRacing Challenge definitely filled a competitive void that our drivers were missing last spring,” INDYCAR Vice President of Marketing SJ Luedtke said. “It captured many entertaining moments and helped set the stage for the return to competition on the track in real life. Season 2 will undoubtedly double down on those fun, colorful moments highlighting the personalities of our athletes and get our fans ready for the green flag on our 2021 season in Birmingham, Alabama.”

The three-race series will feature virtual races Thursday, March 18 at the Circuit Gilles Villeneuve road course in Montreal; Thursday, March 25 on the Homestead-Miami Speedway oval; and Thursday, April 1 on a fan-voted track. Fans can vote March 12-15 for the site of the INDYCAR iRacing Challenge season finale via INDYCAR’s social channels.

One entry each week also will feature a driver from the Road to Indy Presented by Cooper Tires INDYCAR ladder system.

Live streaming of each INDYCAR iRacing Challenge Season 2 event will begin at 6:30 p.m. (ET). Teams can design car liveries to match their 2021 NTT INDYCAR SERIES paint schemes. Team strategists and engineers also may participate in support of their driver.

An entry list of the drivers participating in each event will be announced each week.