Road Atlanta Next Up for Trans Am by Pirelli Esports Championship

The Trans Am by Pirelli Esports Championship will make the virtual cross-country trek from Monterey California to Michelin Raceway Road Atlanta for the second round of racing on Sunday, May 3.
Trans Am has been a long-running staple of the Road Atlanta schedule, staging events at the fabled Georgia facility since 1973. But this weekend the landscape will look a little different as drivers head online for the series first e-race doubleheader on the 2.54-mile Georgia circuit.

Sunday is also a special occasion for the Trans Am Series presented by Pirelli West Coast Championship drivers as it will mark the first time competing on the track for many of them. Hosting the race online at Road Atlanta, a track that isn't included in the West Coast competition calendar, gives West Coast drivers the opportunity to go head-to-head on the national drivers home turf.

"Unfortunately, I have never been to Road Atlanta, but I have taken some time to practice a little here and there on the sim," said TA2® West Coast driver Michele Abbate. "Learning new tracks is one of my favorite things to do on my sim, and actually, it's the reason I wanted one I got it a few months before Circuit of The Americas last year, since I had never been to COTA and it was a tremendous help in just learning the track configuration. With my goal being to find funding to race in the National tour, learning these track via my sim is definitely an important piece of the puzzle - although - I'm learning that driving a sim fast is harder than driving a race car fast!" 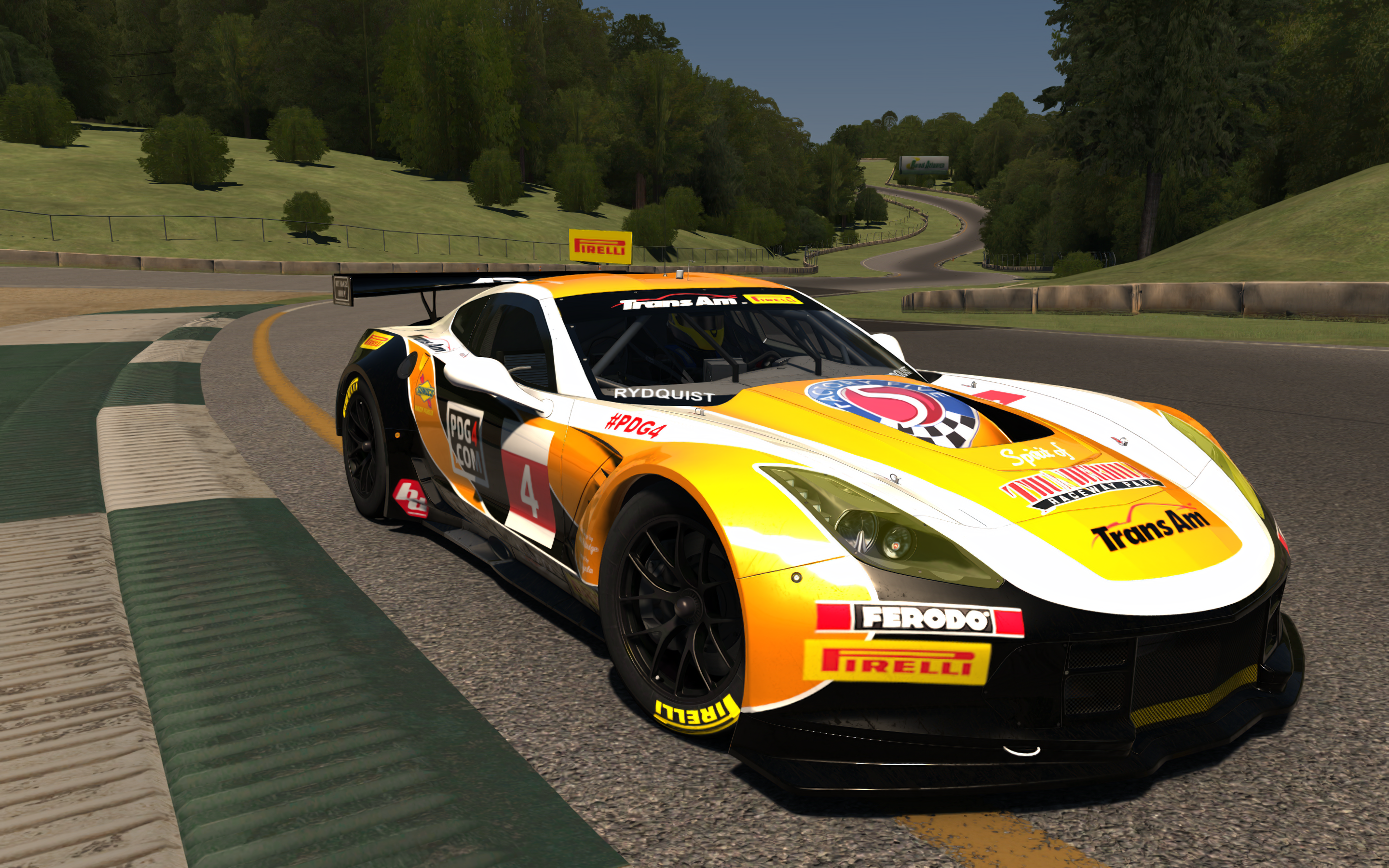 Xtreme GT West Coast driver Carl Rydquist finished in the top 10 in both of the opening Trans Am Esports rounds at WeatherTech Raceway Laguna Seca last week. After updating his rig and putting in hours of laps on a new track, Rydquist is ready to get back to racing on the sim.

"The opportunity to race everyone from the National Championship is really special," said Rydquist. "I joined the Trans Am West Coast Championship in 2019 and just loved it. These esports races have proven to be extremely competitive and makes it all the more interesting, and you have to bring every skill you have. Finishing seventh and ninth in Round 1 is a good start after an intense few weeks of buying sim gear, morphing it with some of my Sparco gear and adjusting everything so that I can become comfortable and consistent. It's almost like building a new car just before the season begins. The Prototype Development Group has helped with useful input during practice as well as pre-race strategic advice. I love racing on the Assetto Corsa platform, the racing is and looks amazing, and I'd like to thank all people at Trans Am, Pirelli and Torque, as well as the broadcast platforms who work really hard to put this together! This esports championship is a great way to bring Trans Am teams and fans together for action-packed racing and entertainment."

Rookie TA2® West Coast pilot Cameron Parsons teamed up with fellow West Coast driver Nick Rosseno to practice on the unfamiliar circuit prior to the Trans Am Esports showdown on Sunday. After seeing the success that Josh Hurley and Tyler Kicera had with using VR headsets in the opening round, Parsons switched his strategy for Round 2, dusting off his old VR headset for battle on Sunday.

"This is a first for me at Road Atlanta, but I've raced it on other simulators," said Parsons. "I liked running at Weathertech Raceway Laguna Seca last weekend, as that's one of my nearby home tracks. Road Atlanta is a bit more of a challenge as this time we'll be on the national drivers home turf. As realistic as these simulators can be, there are still advantages to having real-life experience and an understanding of the track details and nuances to translate into the simulator. Nick Rosseno and I have been running practice sessions together online to see where we can find some extra speed on track. It helps a lot to work with other drivers for lap comparisons. After hearing about some of the top drivers using virtual reality headsets, I decided it's time to dust off my Oculus Rift and use that in the simulator. I immediately found a half second in my lap times and am driving much more consistently, so I will likely be driving in virtual reality for this weekend's race!"

After a dominant two races in the opening rounds at Laguna Seca, Hurley leads the esports championship by 12 points over Race 2 winner Kicera

Coverage begins Sunday at 3:00 p.m. Eastern with live commentary from Jonathan Green and Ben Cissell, featuring two 20-minute main events. For added excitement, the second round will be an inverted field.

Fans can stream the action by downloading the free Trans Am by Pirelli Racing app (www.gotransam.com//livetiming) and via UMGGaming on Twitch (https://www.twitch.tv/umggaming). The live stream will also be available on the series Facebook (www.facebook.com/gotransam) and YouTube channel (https://www.youtube.com/user/TheTransAmSeries).